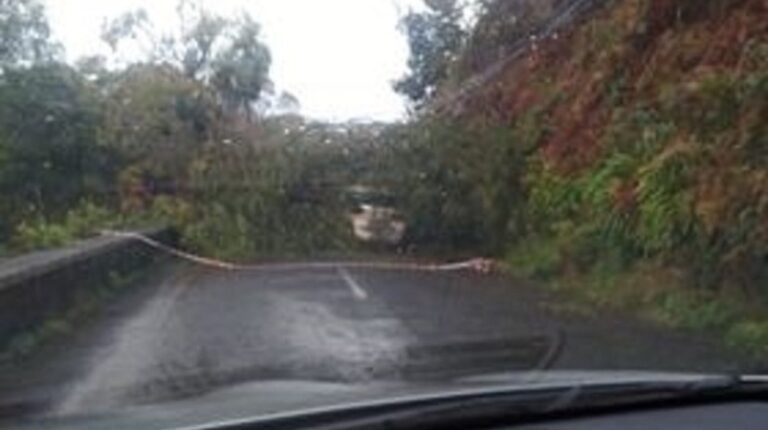 TREE FALLS ON CAR AND CLOSES ROAD IN FAIAL

A tree fell last night on a light vehicle, near the Faial Tea House, in the municipality of Santana, forcing the road to close during the early hours of Thursday.

Despite the shock, JM knows that the two people, husband and wife, who were inside the car, left without any injuries.

However, according to one of the victims to the newspaper, distressing moments were experienced, given that after the fall of the tree the doors were blocked, the man having left through a car window and later helping the woman to abandon the vehicle.

A team of Santana Volunteer Firefighters was called to the scene, but due to bad weather conditions, the tree was only removed early this morning.

PSP and the Regional Directorate of Roads (DRE) took care of the occurrence.

Long Queues outside Loja do Cidadão