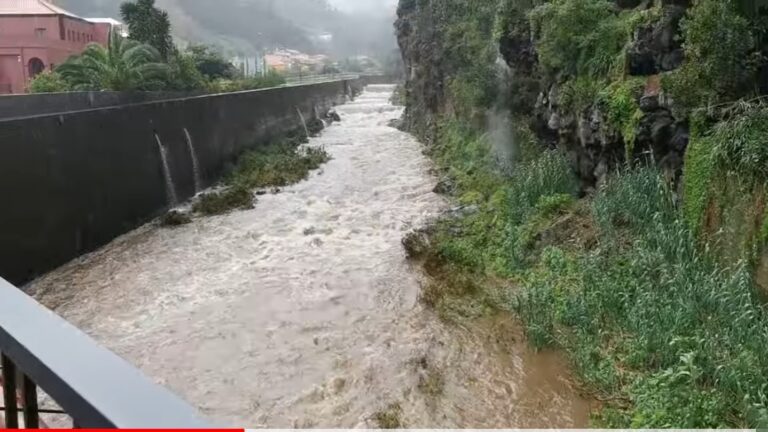 It was a “violent downpour”

The 19.1 liters of rain per square meter in 10 minutes that fell in Areeiro yesterday was one of the highest values ​​ever recorded in Madeira.

It is certain that it never rained so much in such a short time in Areeiro as it happened last night, where in just 10 minutes 19.1 liters per square meter (mm) were recorded, already the absolute record of precipitation in such a short time in the Region dates back to February 1956, when double the amount fell in the city of Funchal.

After evaluating the registration history this morning, Victor Prior, IPMA’s regional delegate in Madeira, confirmed the brutal value that occurred early yesterday evening in Chão do Areeiro.

“According to the criteria related to the classification of the intensity of the different forms of liquid precipitation, it is considered a violent downpour when the precipitation is greater than 50 mm / h”, he began to clarify. “So – he continued – the value recorded yesterday between 19:00 and 19:10 UTC (19.1 mm), corresponds to the value of 114.6 mm / h, so we can easily infer that it was a downpour very violent”, he stresses .

The meteorologist further confirms that “the 19.1 mm in 10 minutes falls within the highest values ​​ever recorded in Madeira, but it should be noted that even recently, on the 17th of June 2020 between 15:00 and 15: 10 UTC, 23.6 mm were recorded in Porto Santo / Airport and, on the same day, there was practically no significant rainfall on Madeira Island ”, he recalls.

After ‘consulting the archives’, he further stresses “that the greatest value in 10 minutes that exists in the records of the Meteorological Observatory of Funchal is 40 mm (240 mm / h), on February 22, 1956”.

In conclusion, Victor Prior recalls that “these intensities of precipitation, depending on the location, are often responsible for sudden floods and, consequently, for high damages and losses in different infrastructures, mainly in urban areas”. Fortunately it was not the case!

Tecnovia will finish the final section of the Ribeira da Madalena do Mar for 6.8 million euros