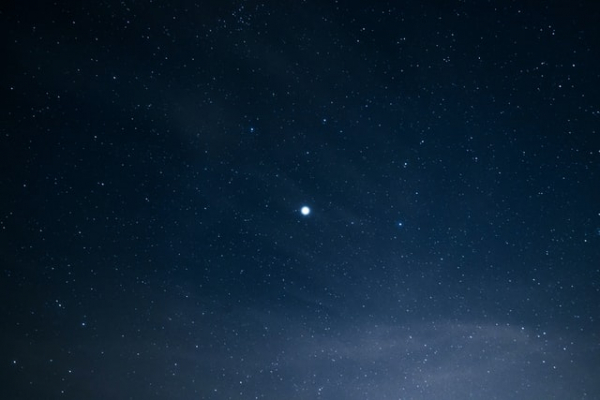 The star of Bethlehem will grace the night sky on Dec. 21, the day that marks the beginning of the winter solstice, in a rare celestial event that hasn’t been seen in 800 years.

The two gas giants, Jupiter and Saturn, will align with each other and will look so close together that they will appear as a double planet, according to Rice University.

This gives rise to the star of Bethlehem, which is also known as the Christmas star.

Alignments between the two planets usually happen every 20 years or so. However, their alignment four days before Christmas this year will make them look very close to one another, making the celestial event “exceptionally rare,” Patrick Hartigan, a physics and astronomy professor at Rice University.

“You’d have to go all the way back to just before dawn on March 4, 1226, to see a closer alignment between these objects visible in the night sky,” he said.

Although the gas giants will not actually be close to each other, “they will look like a double planet, separated by only 1/5th the diameter of the full moon,” Hartigan explained.

He also said that those who will view the alignment on telescopes will be able to see not just the two planets but also several of their biggest moons.

The event can be seen anywhere on the Earth even with the naked eye, but it can best be viewed in areas near the equator about one hour after sunset. Those who live further north will have a shorter time to see the Christmas star, as it will be situated low in the western sky.

Jupiter and Saturn will not appear this close again until March 15, 2080, after which the star of Bethlehem will not be seen until 2400.