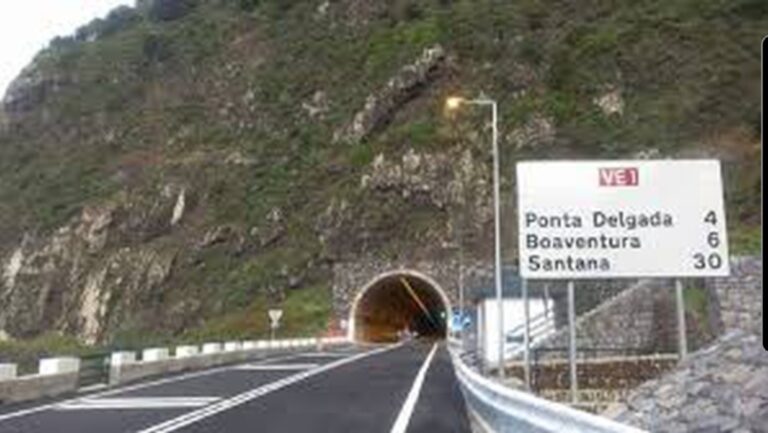 Several people trapped inside the tunnel of Boaventura

There are eight tourists with vehicles stuck at the mouth of the Expresso tunnel that connects Boaventura to Ponta Delgada. Each vehicle brought 4 occupants, one with a German couple, accompanied by two two children, and the other with Portuguese citizens. Both circulated in the direction Boaventura towards Ponta Delgada.

Tourists, when faced with the impossibility of leaving with vehicles to the side of Ponta Delgada, still tried to reverse the march, but ended up with the vehicles stuck between two collapses. For security reasons, they chose to take refuge, on foot, inside the tunnel, where they remain.

Along with them is a Madeiran citizen who was trying to get to Boaventura, but who was also surprised by the various landslides. “Right now I’m waiting for you to clean up the collapse on the Ponta Delgada side,” he reported to Diário. According to the reports of this Madeiran, the tourists gave the alert to the Civil Protection, through 112, around 3:45 pm.

Tourists who have their vehicles trapped are doing well, with no injuries. At this moment, as we are told, a machine is already on the ground cleaning the side of Ponta Delgada.

Looking for People Traveling to Germany

Free WIFI in parts of Funchal.