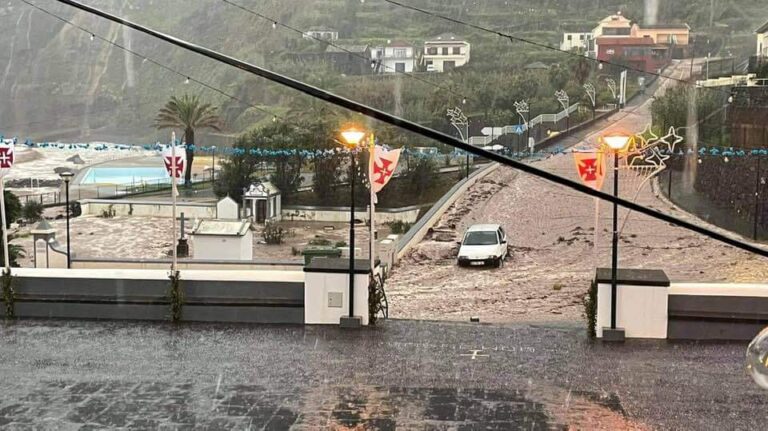 The regional secretary for Equipment and Infrastructures and the Mayor of São Vicente have just taken stock of the storm that this afternoon has plagued northern Madeira, having mentioned that there are no injuries, there are 27 people (20 from Ponta Delgada and 7 de Boaventura) who had to leave their home and a destroyed house (allegedly a holiday home).

The regional secretary, Pedro Fino, said that there are already machines on several fronts for cleaning roads, namely between Cabanas and Arco de São Jorge, Ponta Delgada and Boaventura, among others. There are jobs that probably will not be able to be done tonight due to the difficulties of the weather and the lack of security.

The government urges people to stay where they are if possible and to not try and travel until tomorrow, when they hope to get some of the roads cleared.