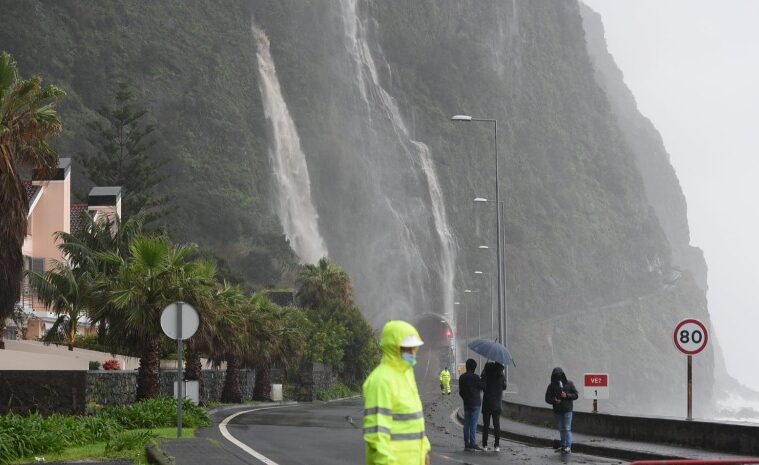 MAXIMUM ALERT DUE TO BAD WEATHER

The Regional Government is attentive to all municipalities that are under notice in the coming hours. As such, the Regional Secretary for Equipment and Infrastructure, Pedro Fino, travelled this afternoon to Machico, in order to find out about the situations that occurred in various parts of the municipality, namely at the Ribeira Grande site, due to the bad weather.

With the heavy rains, a stream located next to Ribeira Grande was obstructed, causing the flooding of a house and the destruction of some material goods. Although this situation is already under control, the Regional Government is effectively aware of all the municipalities that are under warning of heavy rainfall, as is the case of São Vicente, whose parishes in Ponta Delgada and Boaventura are still weakened by the events of 25 last December.

For this purpose, prevention teams have been on the ground since morning, with the Regional Secretary for Equipment and Infrastructure also visiting these two locations.

On behalf of the Regional Government, Pedro Fino contacted the mayors of the municipalities most affected by bad weather, namely São Vicente, Porto Moniz, Santana and Machico, showing availability of support in case of need.

As a result of bad weather conditions, which caused rocks to fall and landslides, the following Regional Roads are closed:

ER 211 – Between Sítio da Lombadinha and the junction for access to Lombadas (Ponta Delgada);

With limited access to traffic, the following Regional Roads are found as a result of bad weather conditions:

ER 101 – Between Porto Moniz and Ponta do Pargo;

ER 211 – Between Lombadinha and Boaventura;

ER 211 – Between the center of Ponta Delgada and Sítio das Pingas;

Take care everyone and let’s hope not to much damage over night tonight as the worst of the storm will pass, but be sure the strong winds will be around for a few days, and heavy showers, so don’t take any risks.