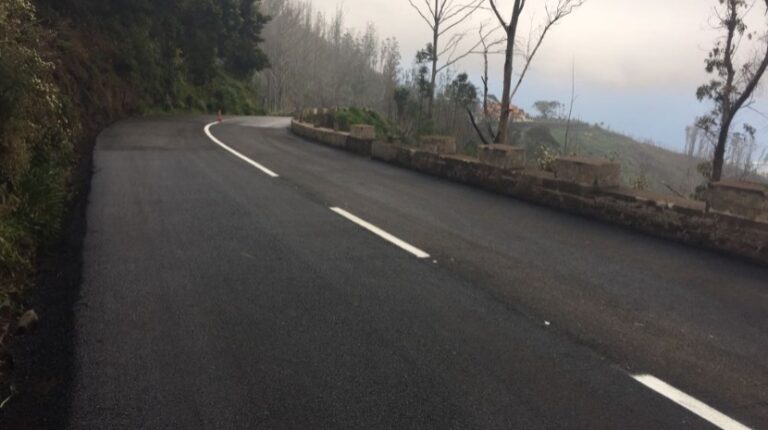 This weekend, several teams from the Regional Directorate for Roads (DRE) were on the ground in various parts of the island that were affected by the heavy rains of the past few days, with the aim of reestablishing road circulation in the areas as quickly as possible. that had regional roads closed.

As a result of this work, the roads that were closed to traffic have already been reopened, with the exception of the affected roads in Ponta Delgada and which are awaiting reconstruction after the storm of December 25, 2020.

Regarding the roads that are still conditioned due to bad weather from last week, the teams remain on the ground so that they can be functional, at the latest, starting this Wednesday, January 13th.

Thus, with regard to regional roads, the most up-to-date information covers:

– The following Regional Roads are closed due to bad weather:

ER 211 – Between Sítio da Lombadinha and the junction for access to Lombadas (Ponta Delgada).

– With conditioned traffic, the following Regional Roads are found as a result of bad weather:

ER 103 – Between Achada do Cabouco (São Roque do Faial) and the entrance to the Fajã da Nogueira Power Station (Faial);

ER 101 – Between Porto Moniz and Ponta do Pargo;

ER 211 – Between Lombadinha and Boaventura;

ER 211 – Between the center of Ponta Delgada and Sítio das Pingas;

ER 211 – Between Boaventura and the Eng. Duarte Pacheco tunnel;

ER 222 – Between Lombada dos Marinheiros and the bakery.

ER 222 – Between Fajã da Ovelha and Ponta do Pargo;

– Due to snow, regional roads are closed:

ER 218 – Between Pico das Pedras and Achada do Teixeira.

ER 105 – Between Fonte do Bispo and Paul da Serra;

– With traffic conditioned due to snow, the following Regional Roads are found:

ER 203 – Estrada das Carreiras, between Montado do Pereiro and Poiso.

New restrictions for the UK.