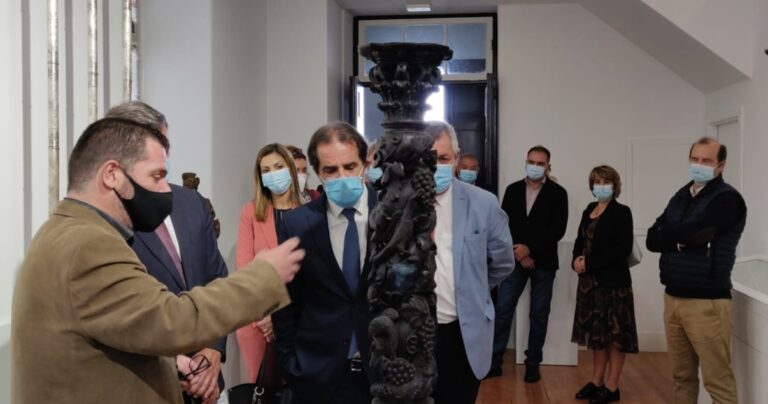 Museu do Barroco ready to open in September

The opening of the Museu do Barroco is scheduled for September, a museum center created by the Church of São Jorge, municipality of Santana, in the annexes of the temple that have now been the target of remodeling.

During the visit to the space today, Miguel Albuquerque, who was accompanied by the regional secretary with the portfolio of Culture, Eduardo Jesus, took the opportunity to announce the realisation of a program contract with the aim of allowing the waterproofing of the church ceilings and the resolution of some infiltration problems.

This intervention is fundamental to start, later, the recovery of the gilded carving and some pieces that are part of the estate.

Throughout the visit, which was guided by Márcio Matos, one of those responsible for the new museum space, the President of the Government was able to learn more about some particularities of the pieces that will integrate the museum’s exhibitions, as well as to learn about some of the problems that affect the museum, i.e preservation of the pieces.

3 with slight injuries after wall collapse.