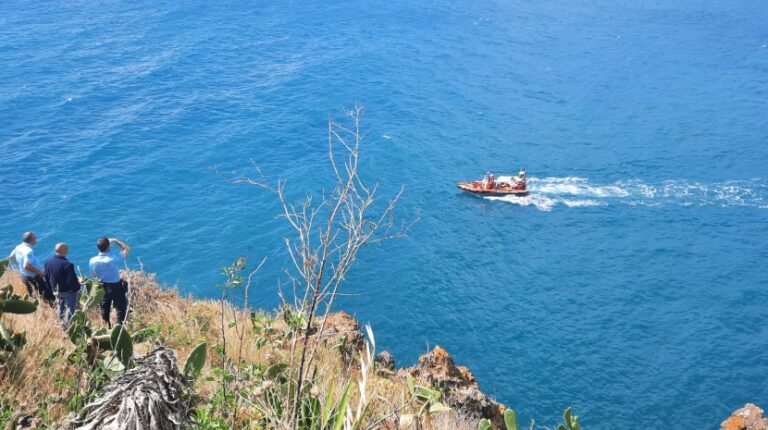 This morning, at eight o’clock, searches for the man disappeared in the sea, in the area of ​​Caniço were resumed.

The information was confirmed to JM by Commander Guerreiro Cardoso, from the Maritime Zone of Madeira, who further advanced that searches continue to take place by sea and land between the São Pedro area, in Santa Cruz, and Ponta do Garajau.

In these searches, two vessels are engaged by sea, a semi-rigid one from the Salva-Vidas Station, from the  Instituto de Socorro a Náufragos do Funchal, and a boat from the Maritime Police. By land, there is a  patrol of the Maritime Police and also by the Voluntary Corps of Nautical Rescuers (SANAS), which is operating the drone of the Madeira Operational Command in the coastal zone.

It is recalled that the 52-year-old man was reported missing in the sea on Saturday night, in the Atalaia area, in Caniço, after having left home to practice the activity of catching limpets.

The warning was given around 10:30 pm by a family member of the Public Security Police (PSP), who then contacted the maritime authority.

The searches, which are being coordinated by the Captain of Porto and Commander-in-Chief of the Maritime Police of Funchal, in conjunction with the Funchal Maritime Search and Rescue Coordination Sub-Center (MRSC Funchal), started right after the alert, having continued throughout Sunday, but to no avail.

Could you live in Madeira?

98% of tourists entering Madeira are vaccinated

Another great video of our beautiful island.

Fire in Old Town of Funchal