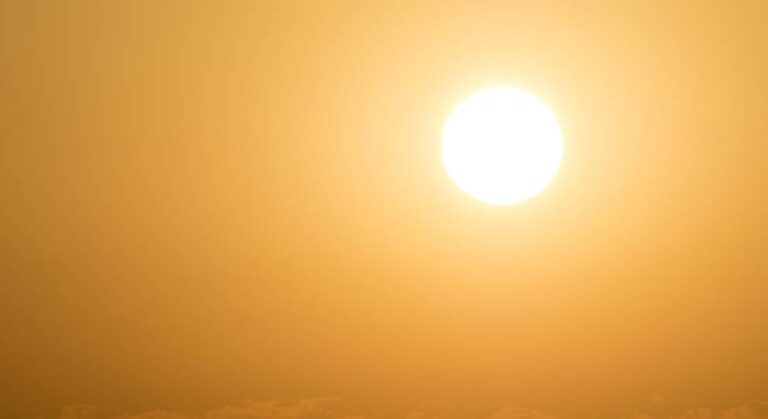 This promises to be the most spring-like week of recent times in Madeira and Porto Santo. Until Sunday, forecasts point to practically dry weather and rising air temperatures, a consequence of the leste that is expected until the weekend. The only setback could be the wind, which should also increase in intensity as of Thursday, and can register bursts of up to 90 km / h.

It is certain that until the weekend the weather in the Region will be persistently influenced by the Anticyclone of the Azores, Victor Prior, regional delegate of the IPMA in Madeira, announces “in general, periods of very cloudy sky, being little cloudy on the southern slopes and no significant precipitation is expected, especially until Friday, the 14th ”, he highlights.

According to the meteorologist, next weekend “associated with the east current there should be a slight increase in air temperature and a decrease in the values ​​of relative humidity, more significant in altitude”. It is anticipated that the highest maximum temperatures in Funchal should reach 25 degrees centigrade by the end of this week, with the minimum temperatures expected to be between 16 and 17 degrees.

But pay attention to the wind, not only for some activities, but also because it can represent an increased risk for fires, when associated with the rise in temperature and the decrease in the humidity rate.

The wind that will generally be weak to moderate (10 to 35 km / h), according to Victor Prior may be “temporarily strong (35 to 45 km/h) in mountainous areas, at the eastern and western ends of Madeira and in Porto Santo, with gusts of 70 to 90 km/h, starting on May 13, Thursday ”, he warns.

Fashion at the Flower Festival is “pilot project” to keep in the future, says Albuquerque

Competition for Patrons – Dinner for Two at Indian Palace