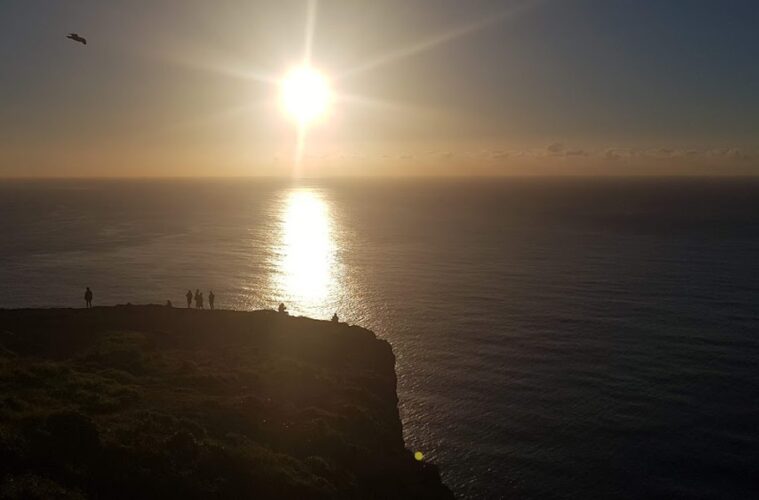 Madeira should register temperatures above 30 degrees next week

Hot weather arrives to celebrate the return of the British.🌞😍🌞

The air temperature in Madeira may exceed 30 degrees centigrade (º C) next week, as a consequence of the hot and dry weather that is expected to last until the beginning of the following week.

“It is expected to record maximum air temperature in the range of 30 ° C to 32 ° C, minimum relative humidity of the air in the range of 10% to 20% and strong wind on the southern slope”, admits Victor Prior, regional delegate of IPMA in Madeira.

Here is the justification for the ‘sizzling’ forecast: “In view of the direction, intensity and stability of the atmospheric circulation, there are favorable conditions for the occurrence of the Foehn effect, which translates into the existence of intense downward circulation on the southern slope of the island of Madeira” . If this situation occurs, the conditions are met to record extreme values ​​of temperature above 30 ºC, and very low minimums in the relative humidity of the air, with the aggravation of being able to also ‘blow’ strong wind, in this which could be a ‘explosive’ mixture.

The meteorologist notes that these extreme values ​​of air temperature and humidity rate “can be recorded at intermediate altitudes (400 m to 800 m) on the south coast, as it is only in extreme situations that they reach lower levels”, he points out.

However, it should be noted that “due to the high uncertainty associated with this phenomenon, the identification of the lowest level at which it can be felt and the values ​​of temperature, humidity and wind intensity can only be estimated in short-term forecasts”.

From today the 14th and for the next 10 days (until the 24th, Monday), the weather in the Archipelago of Madeira will be influenced by the presence of an anticyclone located between the Azores and Madeira, which will extend crest to the Iberian Peninsula. In this scenario, Victor Prior says that “the weather in the Madeira Archipelago will be conditioned by a moderate or temporarily strong N / NE circulation, with the transport of a dry air mass, so the relative humidity of the air will often be lower 30%, especially in mountain areas above 1000 m ”.

As for the wind, for now it will be predominant “from N or NE, moderate to strong (20 to 40 km / h), especially in the mountainous regions and at the eastern and western ends of Madeira, with gusts of the order of 70 to 90 km / h H”. However, it draws attention to the fact that “temporarily, especially at the lowest levels, the wind should blow from the east, in particular from the middle of next week”, which, if verified, conditions favorable to the occurrence of the effect will be met.