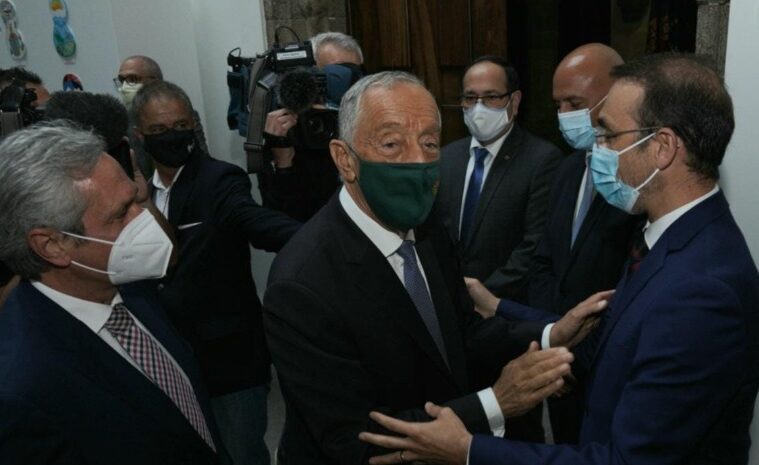 The President of the Republic said today that the celebrations of Portugal Day, which this year take place in Madeira, are an incentive to tourism in the archipelago and indicated that he will be in the region from 8 to 10 June.

“The program is going to be an incentive to what is a turning point in terms of, namely, the presence of continental, national tourism here in Madeira, in addition to tourism that will come from abroad,” said Marcelo Rebelo de Sousa, stressing that the program of the celebrations is “practically completed” and will be released in the coming days.

The head of state was speaking after lunch with the president of the Regional Government, Miguel Albuquerque, at Quinta Vigia, the seat of the presidency of the Madeiran executive, in Funchal.

“I will be here on the 8th, 9th and 10th. The program will be very intense,” he clarified, indicating that it will cover several areas, as well as community participation, and the 8th will be dedicated to the oceans.

And he reinforced: “There will be a little bit of everything, to try to recover the spirit of June 10, which was frozen during the year of the pandemic.”

In the meeting with Miguel Albuquerque, the possible amendment of the Regional Finance Law was also discussed, as an instrument for economic and social recovery.

“It is a process in which he Miguel Albuquerque will appeal to the senators’ contribution, in a broad spirit, in an ecumenical, non-partisan spirit, in dialogue with the Azores and finding solutions that, too, are solutions for the future”, said Marcelo Rebelo de Sousa.

The President of the Republic underlined that it was a “very rich conversation” and “very varied”, showing himself “sensitized” with the long-term perspective revealed by the head of the regional executive, from the PSD / CDS-PP coalition.

Marcelo Rebelo de Sousa, on the other hand, highlighted the situation of the covid-19 pandemic, considering that it is “very positive” and indicative that the “end of a process” is approaching, which has resulted in economic and social costs for All country.

“It is good to be able to look at the celebration of the 10th of June with the perspective of economic openness, social openness”, he said, reinforcing: “This is also important, thinking about what is economic activity in Madeira, the positive perspectives for tourism. “

According to the most recent data from the Regional Health Directorate, the archipelago, with around 260 thousand inhabitants, has 258 active cases of covid-19, out of a total of 8,988 confirmed since the beginning of the pandemic, and 71 deaths associated with the disease.

The President of the Republic, who also visited the Azores this weekend, is now meeting with the leaders of the parliamentary groups of the Legislative Assembly of Madeira, and is expected to return to Lisbon at around 17:30.