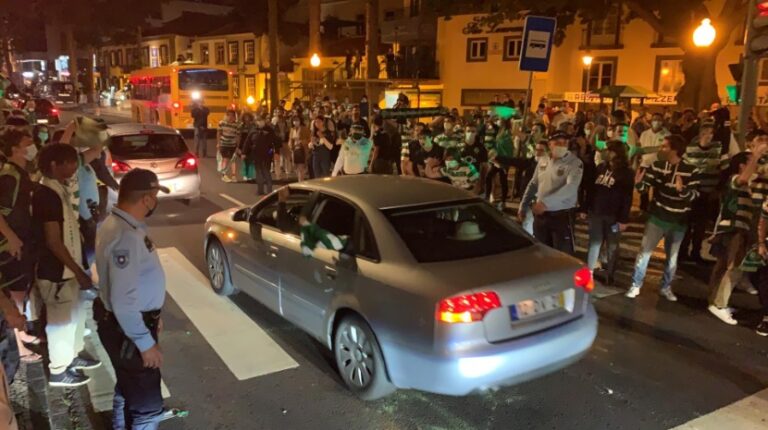 Sporting were crowned Portuguese champions for the first time since 2002 when they beat Boavista 1-0 at home on Tuesday.

The euphoria that is felt throughout the country is notorious, and Madeira is no exception, with sporting supporters invading downtown Funchal, which is dressed in green and white 19 years later.

Men, women and children, wearing a scarf and not neglecting the use of a protective mask, celebrate a long-desired title, in an environment that briefly makes ‘forget’ the pandemic that is plaguing the world.

There is so much movement and demonstration by fans of avid titles that several agents of the PSP are trying to drain the accumulated traffic due to the concentration of ‘lions’ in the lane on Avenida do Mar.

The party is tough, but there is a curfew that must be met.

As time went on it was clear that the fans will ignore the curfew, as PSP focus on moving the traffic.

PJ SEEKS MISSING MAN FOR OVER A MONTH IN MADEIRA

Time to Say a Huge Thank You