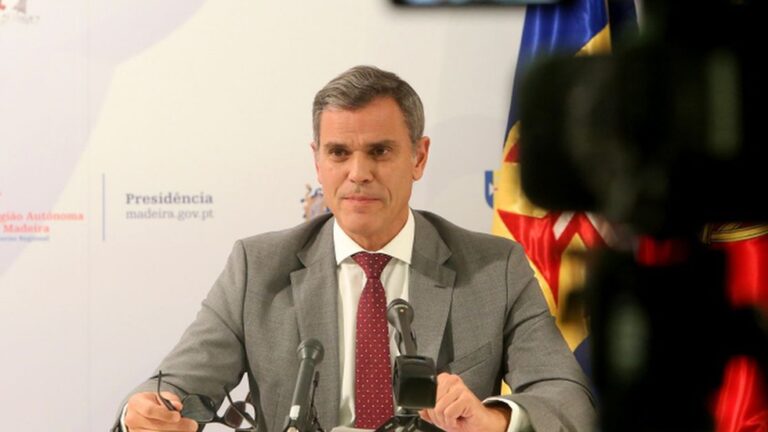 Eduardo Jesus understands that there must be “positive discrimination” for Madeira

“This decision is completely inadequate for the Autonomous Region of Madeira.” This is how the Regional Tourism Secretariat reacts to Madeira’s removal from the UK’s ‘green list’. The measures require a 10-day quarantine and two tests to be carried out after returning to the UK.

Eduardo Jesus affirms that the Madeiran executive is already talking with the English Government “presenting a set of arguments that we believe are valid for them to be attended to in this type of decision”.

The government official indicated that there must be “positive discrimination in relation to Madeira”, since “our pandemic state is completely different from the national pandemic state”. Furthermore, he states that the risk for English citizens traveling to Madeira is lower, since the overwhelming majority of passengers arrive on direct flights to and from Madeira, “which necessarily imposes a much lower risk of contagion, for not making stops at other airports”.

The Tourism secretary emphasizes that the monitoring of tourists arriving in Madeira has always been done and it is also important to bear in mind that Madeira is in a more advanced process in terms of vaccination against covid-19 than the rest of the country. “This is a factor of trust not only for those who live here, but also for those who visit us, including English citizens”, he points out.

Eduardo Jesus also recalls that Madeira has decided to offer a PCR test for those citizens who need to present it on their return to their country.

“There is here a set of procedures and decisions that are implemented in the RAM that must be attended to and must be considered in this type of decision”, says the governor. He adds that there is no explanation for why this distinction is not made and for the Region to be harmed again “due to the behavior that took place in mainland Portugal”.

These are the arguments that are being used by the Regional Government to make the English government see that there must be a distinction between the reality of mainland Portugal and the Region, enabling the Region to return to the ‘green list’.

PUBLICATION IN JORAM ABOUT LOBO MARINHO’S TRIPS WILL BE RECTIFIED

MADEIRA MAY BE ENTERING A SECOND WAVE, SAYS PEDRO RAMOS