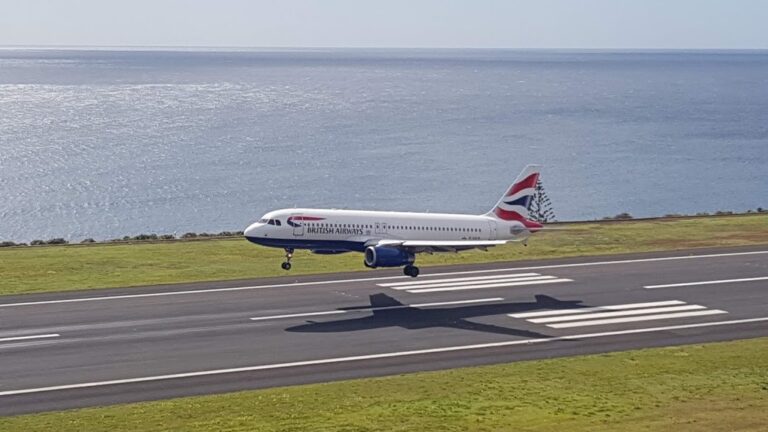 The two flights scheduled for today from the United Kingdom (London and Bristol) – in total they represented close to 400 seats – landed this morning at Madeira Cristiano Ronaldo International Airport. For tomorrow, Friday, to Madeira, four flights are scheduled from the United Kingdom (2 from London/Gatwick, Manchester, Birmingham) – in total they represent around 700 seats.

The announced withdrawal of Portugal from the green list, will have strong repercussions on the schedule of air connections between the United Kingdom and Portugal, although there is still expectation and hope that the strong restriction may not cover the archipelagos of Madeira and the Azores.

The daily ‘The Telegraph’ on Thursday writes that Portugal will leave the “green list” of countries from which it can return to the UK without quarantine, information now confirmed by the British Government. It adds that the decision takes effect on Tuesday, June 8, at four in the morning.

Portugal as a whole leaves the ‘green list’, the thousands of British tourists who also headed to Madeira in recent weeks will have to return sooner, while others will certainly cancel their already scheduled trips.

This is a huge blow to everyone travelling, and to all those due to travel. I’m sure the government of Madeira will be asking the UK government to look at Madeira separately, with the lowest cases we have had this year, and the continued testing and tracing, we can only wait and see.

Also with so many younger people visiting the island, and they have been coming by the hundreds, they are probably less likely to be in a position to quarantine on their return, plus we don’t know yet if flights once again will be cancelled. So those wanting to still travel and are in the position to quarantine on return, might find they can’t due to cancelled flights. I might even find myself in this situation.

New Year: Flights to the region hit the 2019 Level