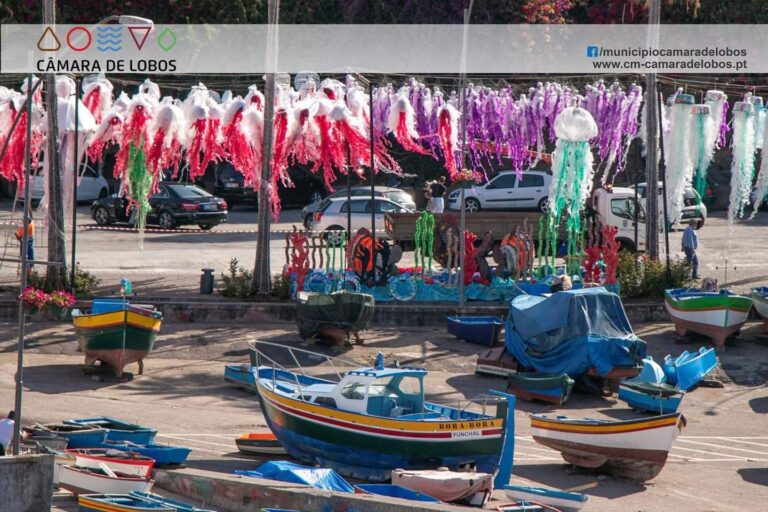 Almost everything ready to receive you!
In 2015 the municipality launched a challenge to the municipality’s institutions, with a view to introducing an innovative component in the traditional Festas de S. Pedro – the decoration or ornamentation of streets with reusable materials.
Since then, institutions, inhabitants and merchants have actively participated in the preparation of the Festivals and in the decoration of the main streets in the city’s downtown, resorting mostly to reused urban waste which, after being transformed, becomes the focus of the cameras of countless locals and tourists who visit the streets of the city to appreciate this “recycled art”.

This was an initiative that was confirmed in the municipality’s summer calendar and that goes beyond the period of the Festivities in honor of the patron saint of fishermen.
This year the decoration of the streets is in charge of the following institutions:

The town should be lit up tomorrow evening on the eve of São Pedro running through to Sunday. We’ll worth a visit if you have not yet seen the decorations.

Secretary of Health says that “we are now much more comfortable”

Madeira should now reach the ‘group immunity’ mark in vaccination

Road between Paul do Mar and Fajã da Ovelha is impassable