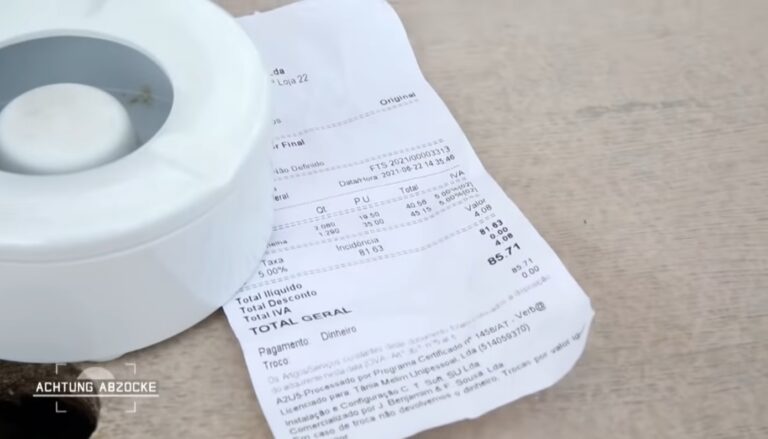 Documentary about exotic fruit with added sugar and sold and weight of gold, at Mercado dos Lavradores, has already been seen by more than 83,000 in less than 24 hours.

A fruit stand in the Mercado dos Lavradores was spotted in a documentary about fraudulent tourist destinations, produced by a private German channel, accusing them of adding sugar to exotic fruit that is given to customers to taste and sold at a ridiculous price.

The documentary’s author is Peter Giesel, an experienced journalist who has already headed a newsroom for Focus TV in Germany and who since 2015 launched ‘Uptown Media’, producer of a series of documentaries. The ‘Achtung Abzocke’, as it is called, travels the world with the aim of dismantling fraudulent schemes that allegedly aim to defraud tourists in the holiday destinations most sought after by Germans and Europeans in general.

The German producer heard the complaint – many of them shared on portals such as TripAdvisor – of an alleged fraud surrounding the sale of fruit in the Mercado dos Lavradores, in Funchal. An investigation that brought Peter Giesel to Madeira to prove the extra-sweet fruit and the weight of gold.

In a report with just over 17 minutes, the German producer concluded that that sales point where there is fruit previously cut on the exhibitors to give to tourists taste, contains sugar. To do this, the team collected samples that were subjected to blood glucose measurement. Result: there were 10 grams of diluted sugar per 100 grams of fruit.

In the report, Peter Giesel also demonstrates that he was charged 85.71 euros for a bag with typical Madeiran fruit – passion fruit and derivatives – which he already tasted at the hotel, noting that it was not as sweet as the fruit given to taste at the Mercado dos Lavradores. Some were even acidic and difficult to taste.

The ‘Achtung Abzocke’ concluded that a scheme of adding sugar to exotic fruit was thus dismantled, sold at inflated prices in order to deceive customers, mostly tourists, at one of the most attractive and obligatory points of tourism, as advertises by the tourist board, in Funchal.

A practice that is not general. In contrast, the report went to Anadia’s fruit shop, a few meters from the Mercado dos Lavradores, where it showed that there are places where exotic fruit is sold with quality and sold at honest prices, even if they are cheap for the purchasing power of most Europeans.

The documentary was published yesterday, Monday, on the YouTube channel, and has about 83,000 views in less than 24 hours.

The controversy surrounding the sale of adulterated fruit with sugar in the Mercado dos Lavradores is not new and has already been raised in the past, in Madeira.

Two weeks ago, the Regional Economic Activities Authority (ARAE) admitted, in a press release, to having received “several complaints related to practices in the markets and fairs of the Region, regarding the cutting and addition of sugar to fruit for consumption on stands and/or stands in municipal markets”.

The cutting of fruit and the addition of sugar, their display and distribution for tasting by customers, are actions for handling foodstuffs in the light of Regulation (EC) no. 852/2004 of the European Parliament and of the Council, of 29 April 2004 on the hygiene of foodstuffs, which requires compliance with the rules of good hygiene practices contained therein, and specifically those contained in chapters II and III of annex II of the aforementioned Regulation.

This is good news, and let’s hope the government and other authorities step up and get rid of these people from the market area. Do I feel sorry for the other honest traders in the market? Not really, they know this is happen, know it gives the market a bad name, and should have all got together to stamp it out.

Missing fishermen in Madeira are all alive