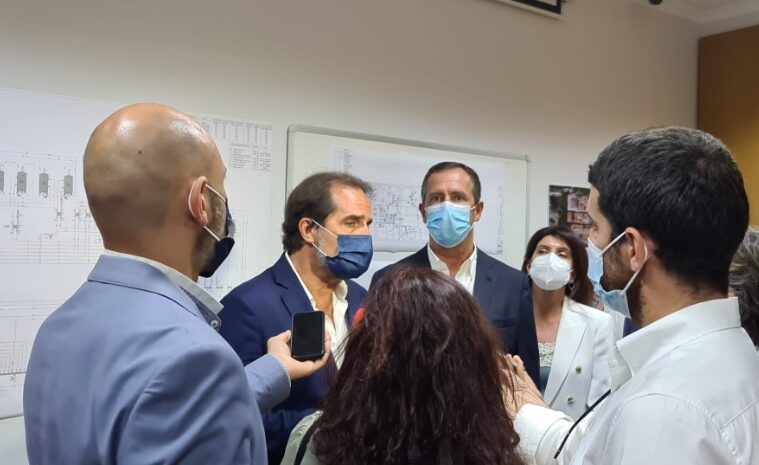 The covid-19 pandemic is “contained” in Madeira, said today the president of the Regional Government, admitting that the concern with the “severity and incidence of the cases” led to maintaining the mandatory nature of PCR tests when entering the archipelago.

“We have the situation contained, the chains are also monitored”, Miguel Albuquerque told reporters, on the sidelines of his visit to a company in the hydraulic installations sector, in Funchal.

The official pointed out that it was “predictable” and “it was within the perspectives” of the regional authorities an increase in cases with the opening of Madeira Airport, which only registered 20 movements on Monday.

“What we are very aware of is the seriousness and incidence of these cases”, underlined the chief of the insular executive, of the PSD/CDS-PP coalition.

“Right now, what we have is to have the responsiveness of the Regional Health Service so that we can receive potential hospitalizations and treatments, especially in intensive care”, he stressed.

“If it is necessary to review the restrictive measures, we will review it,” he assured.

Miguel Albuquerque said that “the initial idea” of requiring only an antigen test for visitors to the region, at this time, “is not feasible given the proliferation of the pandemic, both nationally and in sending destinations.”

He argued that the region is receiving tourists from the English market and that “incidence rates of the delta variant in the UK are very high”.

“Therefore, we have to reinforce the control at the entrances here in Madeira and the best way to do this is through PCR tests”, so this measure, which was scheduled to end on July 31, will continue.

The head of government admitted that “the relative frequency of the delta variant in Madeira is also 100%”, but considered that this is a “normal and to be expected” situation.

Madeira, he added, must “take steps to ensure the containment of the pandemic is assured”, noting that one of the measures that has “worked well” is the MadeiraSafe application, which “has enabled effective monitoring of cases and chains”.

Miguel Albuquerque criticized “some punctual situations of some disrespect, some concentrations, especially in the city of Funchal”, involving “young people”.

“I once again make an appeal to be careful, because the new cases are targeting younger people”, he declared.

On the other hand, he stressed that businessmen have shown “an exemplary behavior, they have closed the establishments on time, they have alerted the authorities, both the PSP, and the health authorities to excesses”.

The government official said that “the inspection will continue and the businessmen themselves are very attentive, because they do not want an increase in the number of cases”, referring that the agglomerates have been verified “outside the perimeters of the establishments”.

“But the police are attentive and will continue to intervene”, he stressed.

Miguel Albuquerque also announced the strengthening of inspection in Porto Santo during the month of August and assured that “the closing time of establishments will remain (01:00)” to avoid “recurring excesses” on that island, which hosts thousands of visitors in the summer.

According to the latest data released on Monday by the Regional Health Directorate, Madeira registered 28 new cases of covid-19, of which 11 were imported and 17 were locally transmitted, and 15 were recovered, totaling currently 193 active situations.