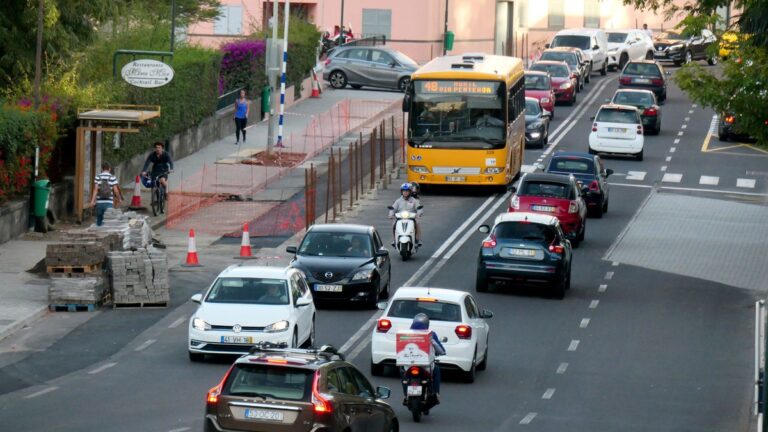 Traffic is at the top of the problems that need urgent resolution in Funchal.

For 28% of respondents in the opinion survey commissioned by DIÁRIO Eurosondagem, mobility anomalies occupy the list of concerns, followed by difficulties in housing, cited by 19.6%, and insecurity, which is mentioned by 18.8%.

Water and commerce are other areas that deserve intervention, being mentioned by 17.3% and 16.3% of respondents.

In the survey we published in today’s print edition, there was another question from the current situation, related to the most determining factor in the municipal dispute in Funchal. When asked about “what will be most decisive to win the Funchal City Council?”, 27.3% believe that everything will depend, in terms of outcome, on the head-of-list. Only then does the candidate team appear, taken into account by 22.2% of those interviewed, concrete proposals, which are important to 20%, and the electoral campaign appreciated by 19.6%.

The chance of any court case influencing the vote is mentioned by only 10.9%.

These data are contained in the opinion study based on 1,525 validated interviews and which, in political terms, revealed that this year’s Local Elections were held today, the outcome would be favorable to ‘Confiança’ because, at this time, approximately two months before the suffrage, the coalition that governs the municipality of Funchal since 2013 enjoys a four percentage point advantage over the right-wing alliance that supports the regional government.

MADEIRA IS ALREADY LOOKING FOR ALTERNATIVES TO GERMANIA AIRLINES