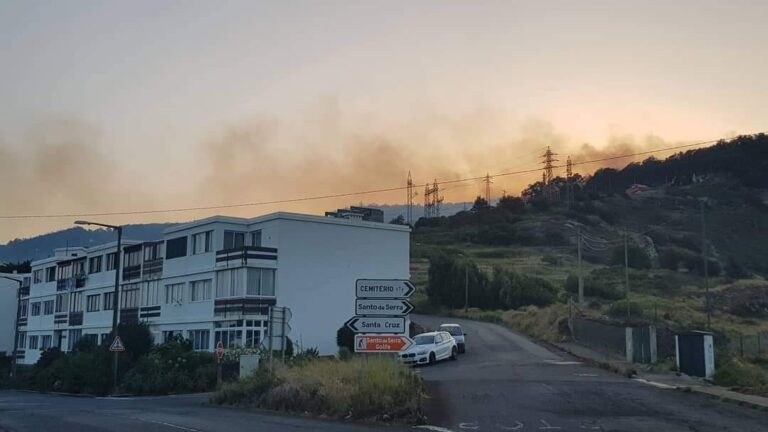 It’s been a night of no sleep for many of the residents in Água de Pena.

A very active front on the way to the Golf Course, just above the cemetery and close to the command post, ended up forcing the Police to warn the residents of some houses to take several precautions.

There, there was also a reinforcement of means because the fire was already threatening houses. One of them was to turn off the gas. Several houses were threatened but none were damaged.

As a precaution, some residents remove their vehicles from their homes. Some residents were told they might leave. At the beginning of this morning, the firefighters were still on the ground, working hard. The slope of Água de Pena was already extinguished just after 1 in the morning, but the flames on the other side ended up aggravating the situation, not least because they are close to homes. There is an uninhabited house that has already burned down, as well as some damage to agricultural land.

‘NEW YEAR’ CONCERT ON JANUARY 1st 2021 AT THE ENGLISH CHURCH

El Mundo: This Portuguese island ‘is the best in the world’

Transport in Madeira with increases by land, sea and air

Bolota with his new Family.