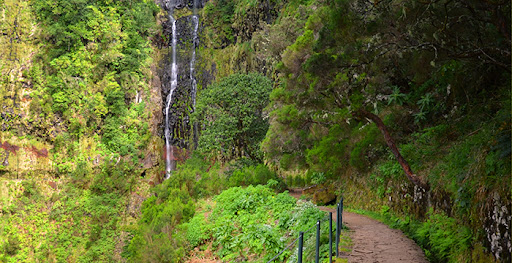 A foreign individual recently suffered a fall while walking along the levada do Risco, in Rabaçal.

According to what the JM learned from a source at the Regional Civil Protection Service, volunteer firefighters from Calheta and the Forestry Police were called to the scene. According to the same source, information is still scarce, but according to the warning, the fall was from a very considerable height, in an area considered to be very dangerous.

The foreigner would be doing this walking route in the company of his family when he lost his balance and fell from an approximate height of 50 meters.

His health status is unknown because, it seems, the man is in an area of ​​difficult access.

The Calheta Volunteer Firefighters are at the site, who will carry out their rescue, as well as the Forestry Police and the Public Security Police.

I really can’t believe this.