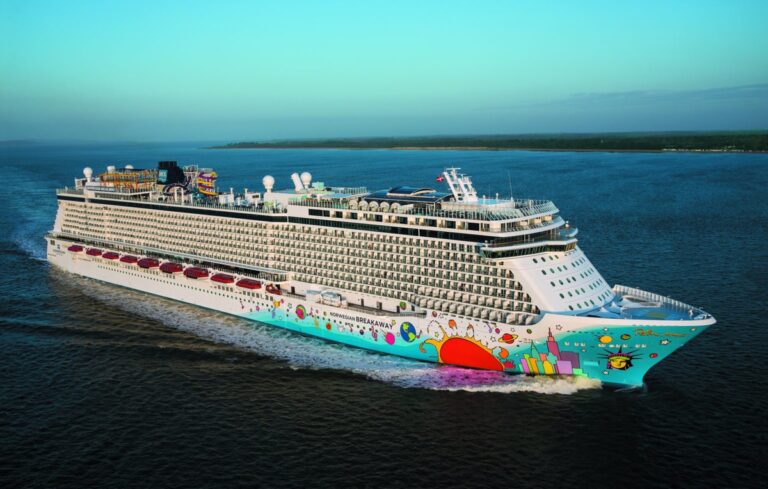 ‘Norwegian Breakaway’ comes to Madeira for the first time

The first stopover of the ship ‘Norwegian Breakaway’ at the Port of Funchal is scheduled for 10 September.

The ship of the Norwegian Cruise Lines company, operated in Madeira by JFM Shipping, “will have a technical stopover in Funchal, with arrival scheduled at noon, for passengers (technicians) to disembark on a trip from Italy, via Gibraltar and heading to the end of the later, bound for New York in the United States”, can be read on the Sergiocruises blog.

The Norwegian Breakaway was built at Meyer Werft shipyard in Papenburg, Germany and delivered in 2013, has 146,600 GT and capacity for 3,963 passengers, in double occupancy. This Norwegian Breakaway sea giant has a total of 1,024 staterooms and 238 suites and has a magnificent painting by Peter Max, who designed the hull art of the ship depicting New York.