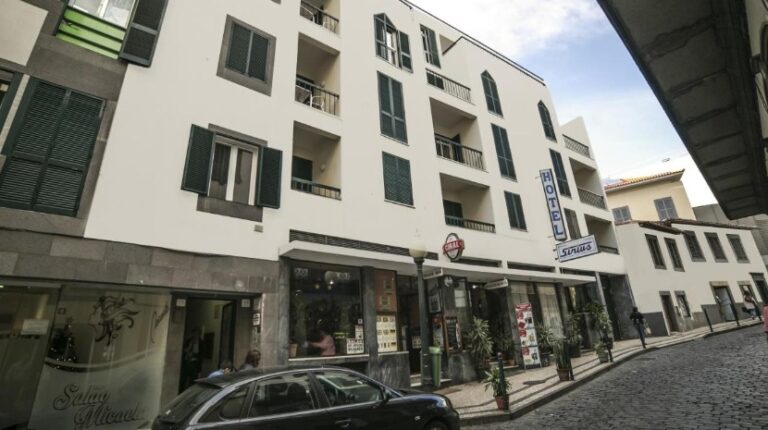 TOURIST IS INJURED WHEN FLEEING THE HOTEL FOR A ROMANTIC DATE

A foreign citizen suffered an impressive fall this morning when jumping from the balcony of the Siriús hotel room, in Funchal.

The girl tried to go unnoticed by the hotel staff, as it was already forbidden to circulate on public roads at the time. According to a hospital source, the girl, who was with a friend in her room, was on the move to meet a man she had met that night, jumping from the balcony to step over a structure outside the hotel located on Rua das Hortas, thinking that that was how she would reach the road.

The roof of the structure collapsed and the tourist of Polish nationality ended up falling from a height of more than five meters, ending up being seriously injured.

She was rescued on the spot by a team from the Portuguese Red Cross, having been transported by ambulance to the emergency room where she was under observation.

Lets hope she is charged for all the damage and Hospital costs, an expensive date that never happened…..

A Place in the Sun returns to Madeira

FIRE BY THE EXPRESSWAY AT ARCO DA CALHETA