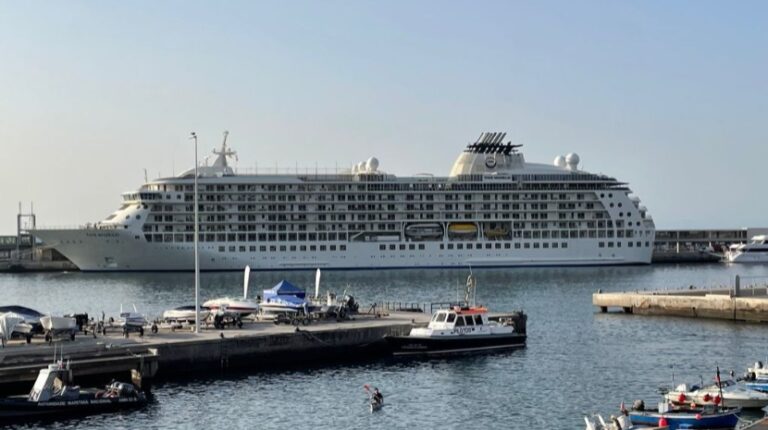 GIANT “THE WORLD” ALREADY ATTRACTS MANY TO THE PORT OF FUNCHAL

The residential ship “The World” has already docked, this morning, at the Port of Funchal, on a scale that lasts for three days.

It is not the first time that the ship has passed through the bridge, the first one happened in 2002. However, judging by the enthusiasm of the Madeirans and tourists who were in Praça CR7, in the first rays of the morning sun, it did seem like the first time. Accustomed to seeing the Port of Funchal well filled by cruise ships, “it was always enough to kill the nostalgia”, a local told us.

So it was just after 8:00 am when many other places could catch a glimpse of what is just the most luxurious residential ship in the world. Just to give you an idea, this vessel has 165 residences.

As reported by JM, in its September 22 edition, this ship has an underlying concept of second homes, but at sea. Prices to buy a T2, for example, are around 6 to 7 million dollars. Furthermore, most passengers are Americans and Europeans, whose average age is in the 50s.

A visit that, according to the intuition, may reveal good prospects for the Flower Festival.

No Ferry for Madeira

A Happy Christmas For One Lucky Madeiran