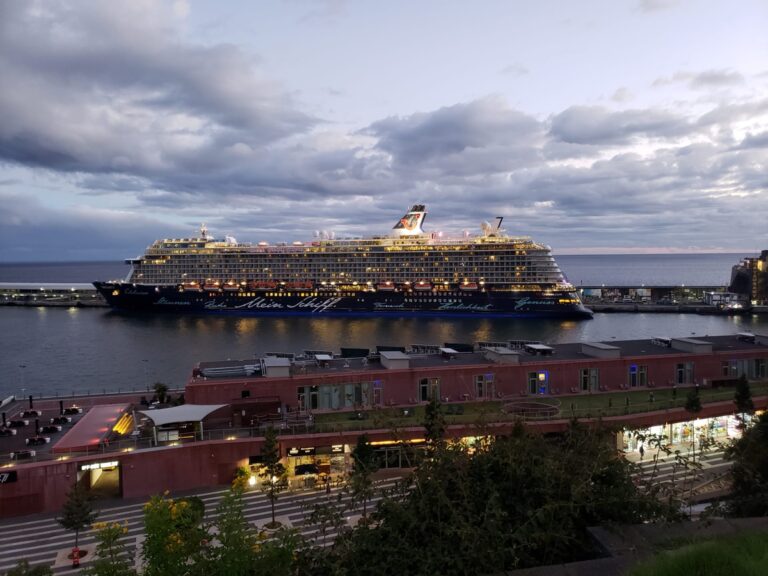 Yesterday afternoon, the cruise ship ‘Mein Schiff 4’ arrived at the Port of Funchal, in yet another stopover in the operation between the Canary Islands and Madeira.

The ship, inaugurated in June 2015, has a capacity for 2,506 passengers, has 9 restaurants and bistros, another 15 bars and lounges, as well as a 280-metre running course and a 25-metre outdoor swimming pool.

The ship came from Arrecife and leaves in the late afternoon, at 5 pm, for the port of Santa Cruz de Tenerife, after about 24 hours docked at the south pier.

The next stopover at the Port of Funchal will take place tomorrow, with the return of the ‘MSC Splendida’, which will dock at 9 am from Tenerife and depart at 5 pm towards the Mediterranean, more precisely to the port of Malaga.

Until the end of this month, if there is no change or cancellation, a total of 28 stopovers will take place at the Port of Funchal, one of which will pass through the Port of Porto Santo.

Base Jump from Eira do Serrado