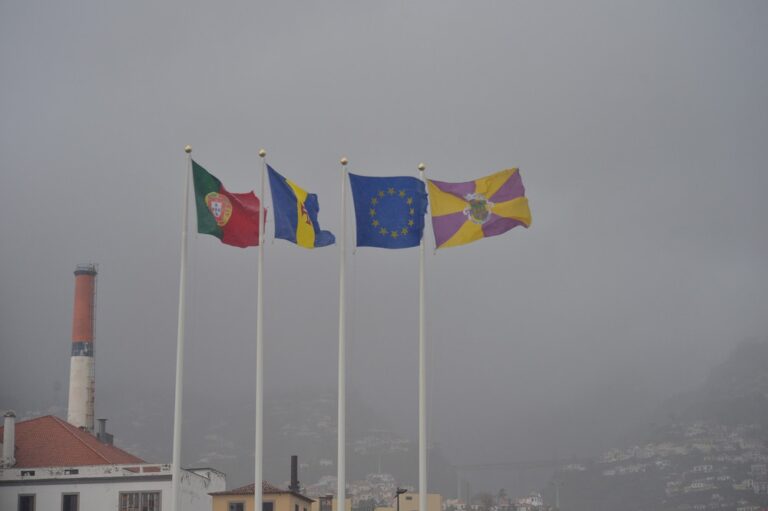 The Portuguese Institute of the Sea and Atmosphere (IPMA) has just issued a yellow warning for the weather in Madeira as of tomorrow night, highlighting a lot of forecasted rain and very strong wind, but it only contemplates, for now, the south coast and the mountainous regions.

The yellow level precipitation warning in the mountainous regions and south coast of the island of Madeira starts at 9 pm on Saturday, December 18, and continues until 6 am on Sunday, December 19, being marked by “periods of rain, sometimes heavy”.

As for the wind, according to IPMA, the yellow warning is justified in mountainous regions because of the gusts that can reach 90 km/hour, especially in the period between 3 am on Sunday and 12 am.

As on the south coast, especially on the eastern and western ends of the island, but with a warning for gusts of up to 70 km/hour, the wind will blow strong from the southwest, accompanying the depression that will bring rain.

In view of the advance of this storm, there are precautions that must be taken and that in due course we will refer. The constraints at the airport and navigation must also be noted, as well as warnings for road and pedestrian traffic.

For My German Readers