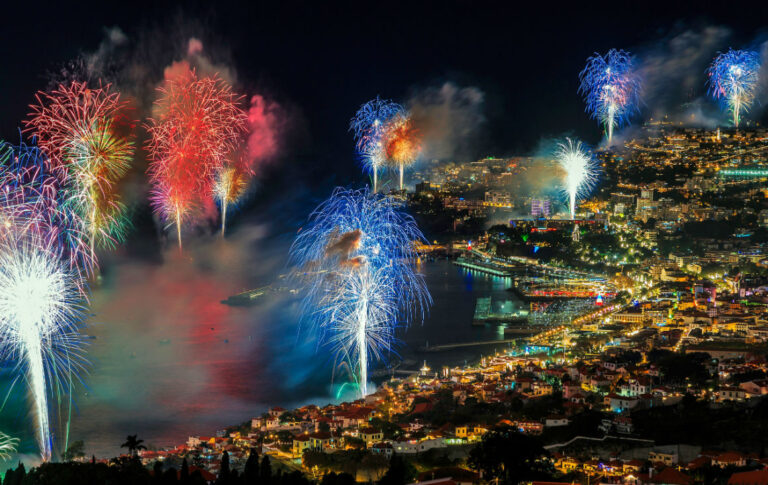 New Year Fireworks Will Remain With A Surprise

Miguel Albuquerque stated that he will maintain the celebrations planned for Christmas and New Year, as the only alternative would be to close, something the Regional Government does not intend to do. “We have the capacity to respond either in the covid-19 unit or in intensive care intact, so I think that, at this moment, there is no situation that will generate changes in relation to the determined measures”, he said.

However, he assumed that if there is overload, action will be taken. The fact that 86% of the Madeiran population has already been inoculated with the two doses of the vaccine provides greater safety.

In the case of Porto Santo, he admits that the health delegate and the City Council are taking the necessary measures. “You were right to cancel the Christmas parties,” he said.

When asked about Madeira becoming the only region in the country (Portugal) with fireworks, he said: “thankfully good”. I remember that the Region has always been open since May 2020 and that the population has shown their civility.

Also this year its planned that 15 minutes before midnight, the Redbull Skydivers will put on some kind of display over the bay of Funchal, at the cost of almost 49,000 euros.

Protest today for the interruption of the ferry.