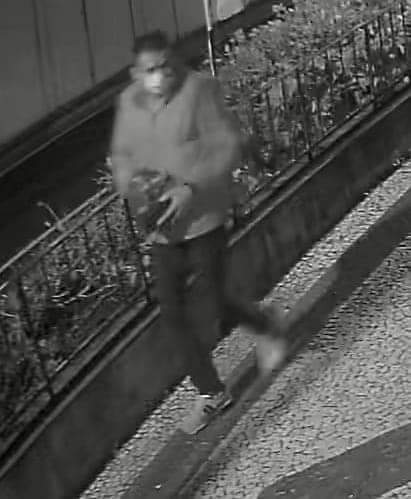 A restaurant located in the Alferes Veiga Pestana Shopping Center, next to Via 25 de Abril, in Funchal, used social media to report having been the target of a robbery.

Publishing some images captured by the surveillance system, the owners of the establishment ask that the person responsible be reported to the police.

They sent the message below and images on social media.

Good evening, we hereby publish these photographs and show our displeasure, as is logical, with the robberies that are increasingly taking place in the Funchal area and when they are caught they are considered schizophrenic or mentally ill (which in fact they are) because they are on Bloom or other drugs but who come to annoy those who work.

This is the second time this has happened in the space of 2 months. We are disgusted with this situation because if it were one of us stealing something to eat we would be arrested and pay for it, but since it is this person that doesn’t even have a place to stay probably out of choice, it’s all right. It would be good if something was done about this and if anyone happens to come across this character, they should report it to the police immediately.

Thank you all for your attention!
Bora Lá Comer Team

AIRPORT STORES GO INTO ‘LAY-OFF’ WITH NO PLANS TO REOPEN