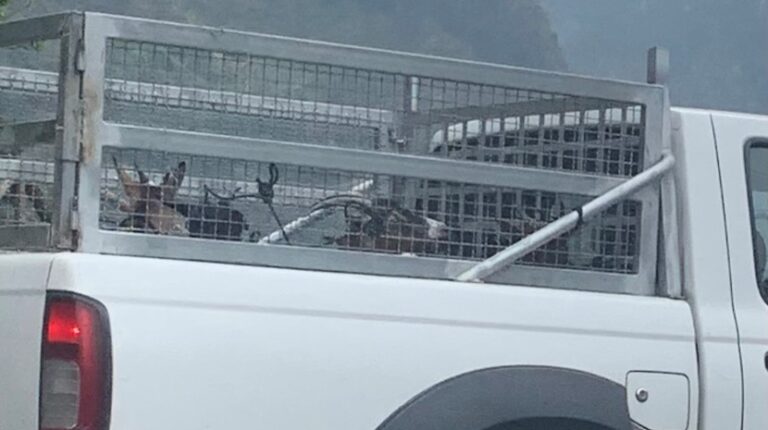 PAN Madeira demanded, through a statement, an investigation into the slaughter of 11 goats in the mountains of Curral das Freiras, which it understands to be “a real crime”.

It is recalled that last Wednesday the Forestry Police announced an “action to capture animals of the goat species, in the wild, which were grazing in flagrante delicto in areas of difficult access next to a headwater of the Ribeira do Cidrão, jeopardizing the conservation of soil, water and vegetation cover in the middle of the Laurissilva Forest.”

In view of this situation, there have been several criticisms of the “cruel” act, and today it was the turn of the PAN Madeira to comment on what happened: “Where is the ethical and human sense in these slaughters? They decided that they were going to kill the animals with What justification? By a decree-law that makes no sense in this case? They are really protected from any damage. But what damage? What are we talking about, a car? These goats are extremely sociable living beings with high levels of empathy , which even through their way of communicating with each other, transmit what they are feeling. Where is the danger in capturing these animals?”

In the same note, PAN Madeira says it wants to know “whether the Environment Secretariat and the Forestry Police had no other way of dealing with the situation, given that the animals had their shepherds, and these same ones claim that the goats were within the paths to be collected properly.” “Thus, the PAN Madeira finds so much atrocity and attempt on the lives of these beings inhumane and that at least if they thought there would be danger, they should try to contact the shepherds”, says the party.

The PAN considers that “nothing was done” to guarantee the animals’ well-being, “not even their dignity as living beings was respected.” In this context, the Secretary of the Environment also questions whether “it is really more ethical and correct to slaughter these animals and leave them in place without any kind of dignity.”

“The PAN Madeira does not understand how such a situation can occur today. It is not just about ideological issues, but civilizational issues. We live in the 21st century and we demand that our leaders wake up to these causes and respect with dignity the animal life. We also demand an investigation into what happened because what happened in the mountains of Curral das Freiras was a true CRIME!”

Addressing João Henrique Freitas, the animal’s provider in Madeira, PAN Madeira appeals to him “don’t forget that animals are not just about cats and dogs”. “We want you to show some work and to open a concrete and impartial investigation of what happened. We demand that you get out of your chair and put your professional career (which you so much boast about), and review whether the demanding laws apply in any way to the fact to this situation.”