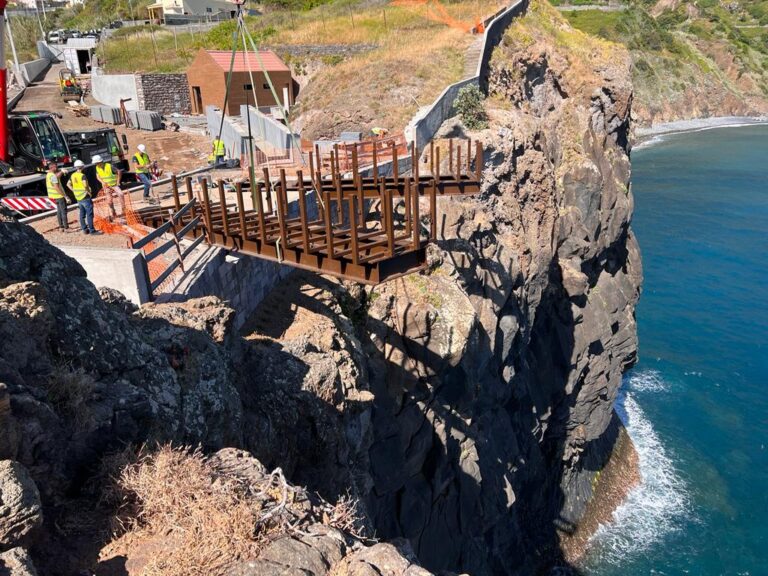 Requalification of the viewpoint of Guindaste progresses at a good pace

The two suspended glass platforms will be the longest we will have on the Madeira coastline.

The two metallic structures that take the first step towards the installation of two suspended and glass platforms over the sea of ​​Madeira have already been placed at the viewpoint of Guindaste, in the parish of Faial, in Santana.

The requalification works of this space have been going on since the beginning of the year and confirm, in a way, the electoral promise of the mayor, Dinarte Fernandes, who, before the municipal elections, made a point of announcing the launch of the public tender for the contract that will have a final cost of around 600 thousand euros.

According to the Mayor of Santana, the work progressed for several reasons. First, because it “intends to be more of a tourist offer” for the county, but not only. The idea is also “to enhance the surrounding land, which in terms of PDM are very well classified for tourist investment, and also aims to be a source of revenue” for the municipality.

“How do we do that? By granting a space here, which could be occupied by a trailer, which will bring in revenue and help investors who want to have this type of business here and can also create wealth for themselves. This is the type of investment that we like to do”, said Dinarte Fernandes in statements made to RTP-Madeira days after the start of the requalification.

In addition to a space duly prepared for the installation of a trailer with a terrace, public bathrooms will also be installed.

The works should be on the verge of being completed, taking into account that the forecast for its conclusion was pointed to the month of May. 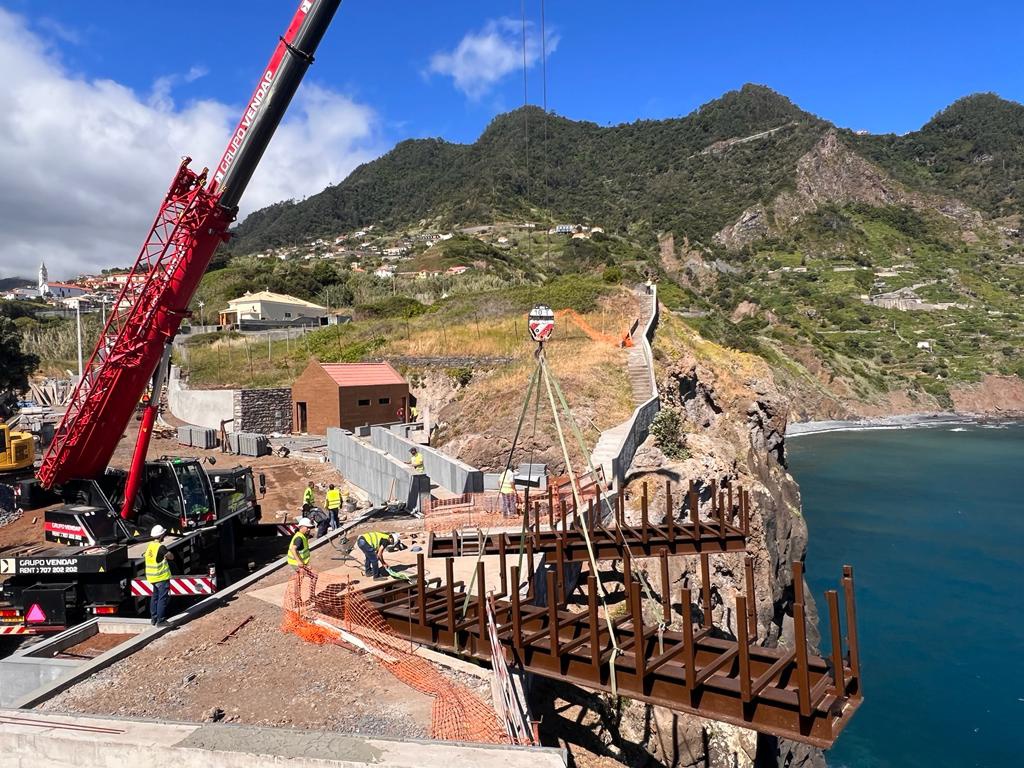 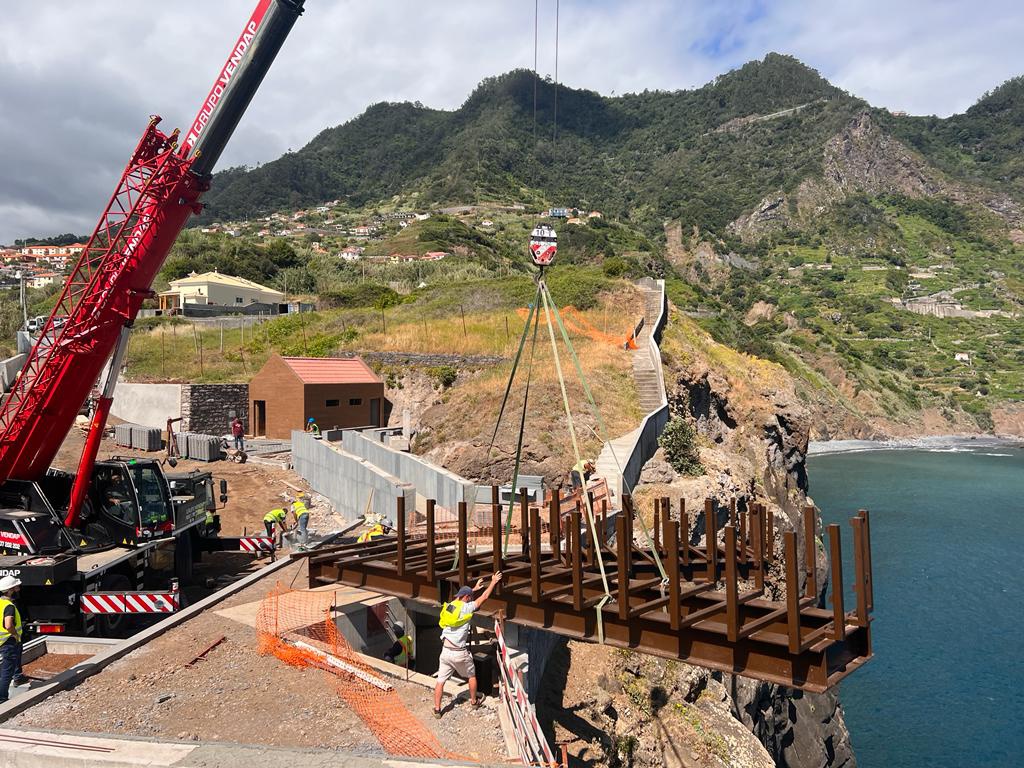 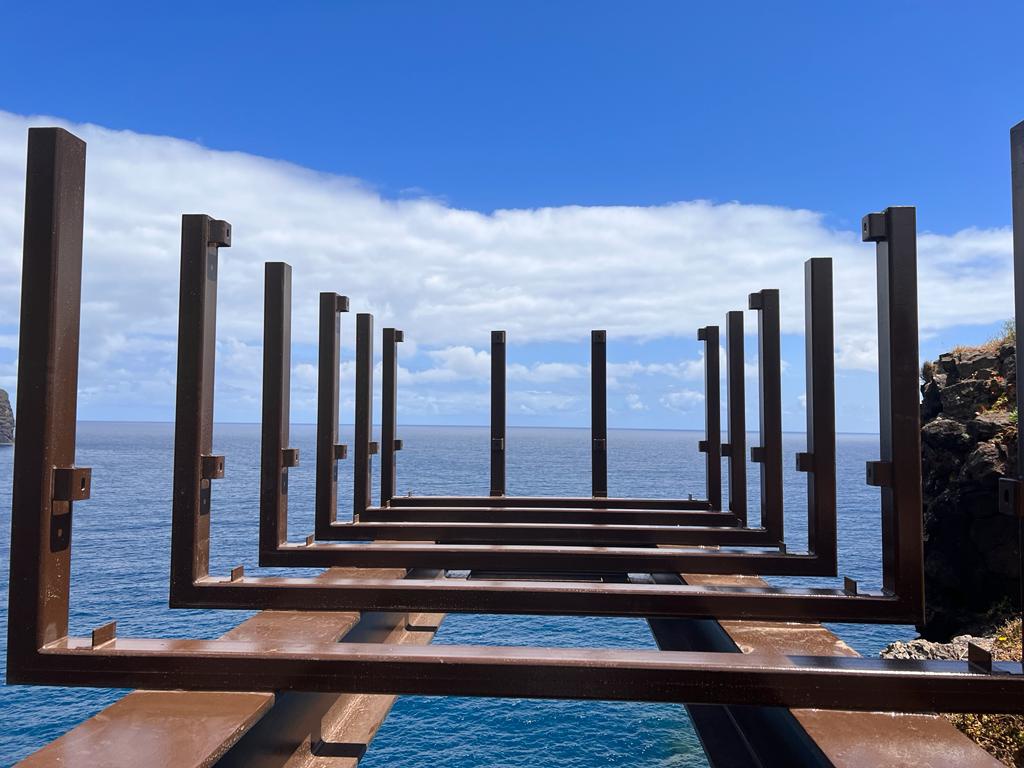