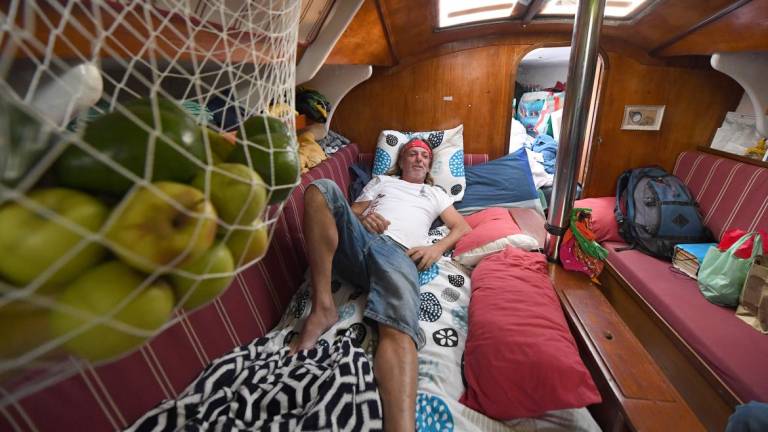 Henrique Afonso, affectionately nicknamed the ‘Pirate’ of Madeira, marked 365 days of adventure yesterday in a circumnavigation that began on January 15, 2019.

The Madeiran, who set sail from Funchal Marina a year ago aboard the sailboat ‘Sofia do Mar’, is currently in Timor-Leste, and will stay there until mid-March, as this is the time. more conducive to cyclones in the Indian Ocean, a condition that could jeopardize its return to the world that aims to recreate the ‘Vinho da Roda’ epic, a technique used to improve the properties of the Madeira aging process derived from wave motion and different temperature variations.

“Today [yesterday] a year ago I started this adventure after passing through Canary Islands, Cape Verde, Barbados, Santa Lucia, Martinique, Curacao, Arruba, Colombia Panama, Ecuador, Marquesas Islands, French Polynesia, Samoa, Vanuatu, Papua New Guinea, Leti and now Timor-Leste. It has been a wonderful trip meeting magnificent people and fantastic places. Today I am where I never imagined that I could ever be. Neither had planned. Now is the time to relax and think about the next 15,000 miles. It’s cyclone time, which ends in March. I think before that it’s already in Indonesia. I want to thank everyone who has been and made this trip very colorful and all the help I have received in every place that anchor. A big hug, ”wrote Henrique Afonso on his Facebook page ‘Diário do Pirata’.

CALHETA RALLY ACCIDENT: CO-PILOT NUNO RODRIGUES HAD TO BE REMOVED FROM CAR (WITH VIDEOS)