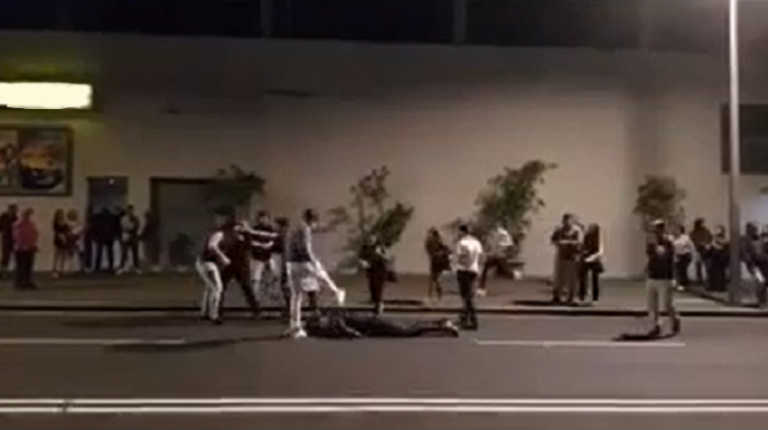 Several young people were involved in a large scale fight this morning in front of Vespas, an evening establishment on Avenida Sá Carneiro, in Funchal.

Punches, kicks, screams and torn shirts, was the terrible scenario that involved more than a dozen individuals, mostly young, and that extended to the road itself, preventing even the traffic from flowing normally.

Several of the youths were prostrated on the ground, at least one of whom was savagely beaten with kicks to the head and lay on the ground unconscious.

Given that the fight, which would have resulted from a disagreement among the young people, occurred at a time when many of those who tried to have fun in the early hours of the morning, which many abandoned the disco.

The fight was even filmed by some passers-by who, meanwhile, released the images on social networks.

The Sapadores Firefighters of Funchal were called to the scene, having transported a victim to the Dr. Nélio Mendonça Hospital. PSP was at the scene.

DISCOVER MACHICO PUBLISHES VIDEO WITH IMPRESSIVE LANDSCAPES OF THE COUNTY

Family and friends look for missing tourist in Madeira levada