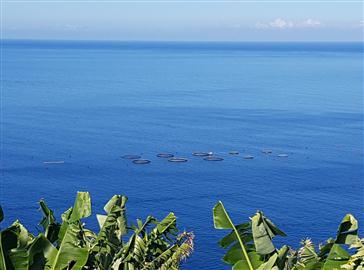 Protest against Aquaculture in Cais da Ponta do Sol

Thanks to Elisabete Andrade for sending this information.

Plataforma AZIA, a group of Citizens who are against the installation of cages on the South Coast, is organizing for this Sunday, February 2, at 4 pm, a demonstration entitled ‘No to Cages!’, at Cais da Ponta do Sol.

The general population only knew that there were plans to install cages for aquaculture on our coast, when the signaling buoys to delimit the area, where installed on August 11, 2018. We challenged this intention with several initiatives and on several fronts and despite the fact that on September 3, 2018, two of the four signaling buoys were removed and that the Director of Fisheries at that time broadcasted in the media the information that the project would undergo changes, focusing only on the beach of Anjos, Platforma AZIA remained alert, as this did not correspond to the truth of the real intentions, both of the director and of the promoter, who was contacted that day and confirmed that it was to move forward.

Since then, and without any further movement, rumors have spread among the population that, with the elections coming up in September 2019, and in the face of all our discontent, they would not proceed with anything until they guarantee reelection. They won the elections and interestingly, they did not speak out until the ORAM (Region budget for 2020) was approved (although, once a majority in the regional parliament, it would be advanced anyway). Therefore, after a year, four months and five days, on the exact day that ORAM was made official, the Secretary of the Sea and Fisheries, Teófilo Cunha, make known, through the RTP Madeira News that there is a claim in the advancement of aquaculture in Ponta do Sol and the increase in the number of cages in AC1, in Arco da Calheta.

In the face of all this, the Plataforma AZIA once again rebels against any and all movements. And contrary to what government officials are trying to make us believe, this is not a party war. We are all fighting for the cause as citizens, most of which are non-partisan. Our reasons are more than enough to demand clarification, even more so and that they stop lying.

We are against the way the political decision-making process itself was and continues to be carried out, as there is deliberate concealment of information from the population. When there was a request from the interested promoter for the exploitation of this ZIA, public consultation wasn’t promoted beyond JORAM, which is not consulted by the general population. Therefore, whenever they use the argument that none manifested against it at the proper time, it’s like making fun of those who only found about the installation of fish cages because of the signaling buoys. Until then, we didn’t even know of the existence of a document, POAMAR, that defines ZIAS (Zone of Interest for Aquaculture), let alone that the coast of Ponta do Sol was contemplated with one.

As for aquaculture itself, we are against because of its environmental impact, as this fish production pollutes the seabed with feces and uneaten feed, synthetic chemicals, and antibiotics. Promote diseases and interfere in the genetics of wild fish. It also has a socio-economic impact on our region, as this type of enterprise conflicts with other local economic activities, including tourism, fishing, and various nautical activities. It is not worth it at all for the local economy. In addition to the fact of only employing 30 people, despite generating sales, as in the case of last year, of € 5.1M. This sector also has an impact on the health and well-being of animals and humans, among various situations, due to the fact that fish’s natural food is replaced by GMO cereals and blood and feather flours, originating from slaughterhouses, that none guarantees to comply with the correct inspection in terms of hygiene, compromising the welfare of the fish and the people that consume it. And as it could not be disconsidered, due to the visual impact, that most populations indicate, as it compromises the landscape and the aesthetic beauty of the coast.

Our regional government uses as an argument to invest in this sector, the fact that fish stocks are reducing and the consequences of climate change, as if offshore aquaculture were a solution, however, and contrary of their intentions of shaping public opinion, this is neither a solution nor an alternative! Not in the way that they intend, on an intensive scale, to abuse marine resources indiscriminately. There are other, more beneficial systems that provide communities directly, without harming our ecosystems, such as aquaponics on domestic and community scales, where local, organized into cooperatives can also help maintain food sovereignty. Or even aquaculture in small lakes or tanks with filtration and treatment of water and waste generated in the production, using them as a natural fertilizer, closing the cycle of a real circular economy.

For more information collected by the Platforma AZIA access the note (in portuguese) which compiles information of events in chronological order. And sign (if you have portuguese ID) and share our petition.