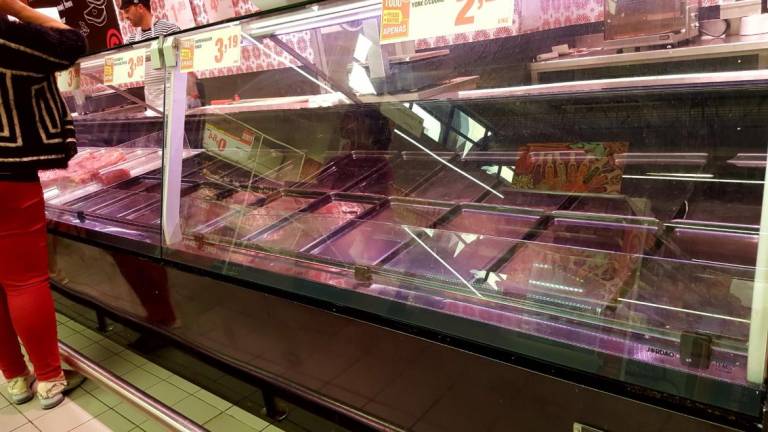 The strike at ports on the continent is having vast effects on the regional economy, but the one that is most felt is the lack of essential goods, namely food.

According to the Diário Notícias they were able to find one of the largest commercial areas in Madeira, the Continente de São Martinho, the shelves of meat, more precisely beef, pork, national chicken and turkey, in addition to canned and dairy products, are scarce and what is happening ‘prohibitive’ prices for most consumers.

And in that establishment, at the time it was, in the middle of this Saturday afternoon, there was nothing more than whole regional chicken.

Chilled meats the scenario is of complete stock disruption, with very little variety, including pork that is one of the most sought after meats is totally sold out.

This situation was already expected to happen, since the containers that are arriving in Madeira on the boats do not even come full. For example, last Monday the ship ‘Funchalense 5’ came from Lisbon to Porto do Caniçal with just over half of its occupied capacity.

As we have been able to ascertain, a container ship, the ‘Rebecca S’, is expected to arrive today, which should have arrived yesterday, coming from Porto Santo where it was also calling. But, the truth is that none of this is confirmed or guaranteed.

To make matters worse, there is a threat of further stoppages, which not even the minimum guaranteed services guarantee the supply of container ships.

Dogs on leads, Cats in cages