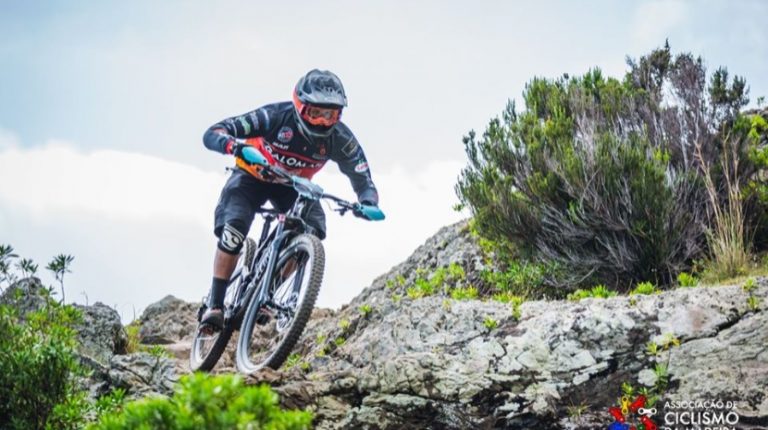 Last Sunday, the first Madeira Enduro Cup event took place in Machico, organized by Clube Caniço Riders. The eighth edition of the Enduro Challenge had to change the location of the race to Machico, originally in Ponta do Pargo, due to the fires in February. The 35km route and four special stages between Santo da Serra and Caniçal were the areas chosen to open the sporting season

In the Women’s Elite category, Ana Costa (Caniço Riders) rose to the top of the podium.

For the second consecutive year, the Caniço Riders Club and the Madeira Cycling Association took on the Mini Enduro competition, dedicated to the Children and Youth categories.

In 2019, the race was a national debut and featured only 5 athletes, with this edition having the participation of 16 young people aged between 11 and 14 years.

The athletes competed in three special stages, with shorter stretches compared to the main event, all in the Machico valley area. Francisco Ferreira won the Children category followed by João Aguiar and Afonso Serrado, the three athletes of Caniço Riders.

The next race of the Madeira Enduro Cup will take place on March 29th in Funchal.

Check the fantastic photos below.