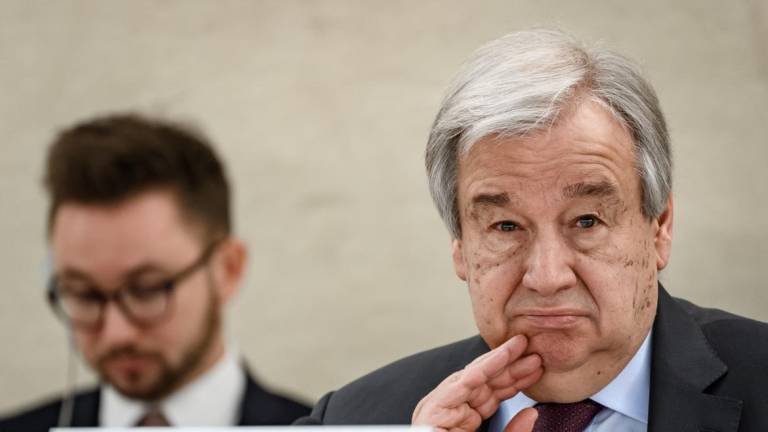 The Secretary-General of the United Nations, António Guterres, considered on Wednesday that “a safe and effective vaccine may be the only tool that allows the world to return to a feeling of normalcy” following the covid-19 pandemic.

In a video conference with representatives from around 50 African countries that are members of the organization, Guterres admitted that such a vaccine “would save millions of lives and billions of dollars”.

For this reason, he called for the acceleration of the development of a “universal” vaccine, which would allow “control of the pandemic” of the new coronavirus, and was hopeful that it could be available before the end of the year.

“We need an ambitious effort and a harmonized, integrated and optimized approach to maximize the speed and scale necessary for the universal development of such a vaccine by the end of 2020”, insisted the UN Secretary-General.

Guterres also revealed that “about 20%” of the two billion dollars in donations needed to implement a vast humanitarian pandemic program by the UN, which he had called for on March 25, had already been raised.

Since the beginning of the pandemic, the UN has equipped 47 African countries with tests for the covid-19, thanks to the World Health Organization, said the secretary-general, who also praised the efforts of several African governments to mitigate the consequences of the pandemic.

Among the examples listed, António Guterres pointed to the food support provided by Cape Verde, an African country whose official language is Portuguese.

Globally, the covid-19 pandemic has already claimed more than 131,000 deaths and infected more than two million people in 193 countries and territories. More than 436,000 patients were considered cured.

Pop on the Rock