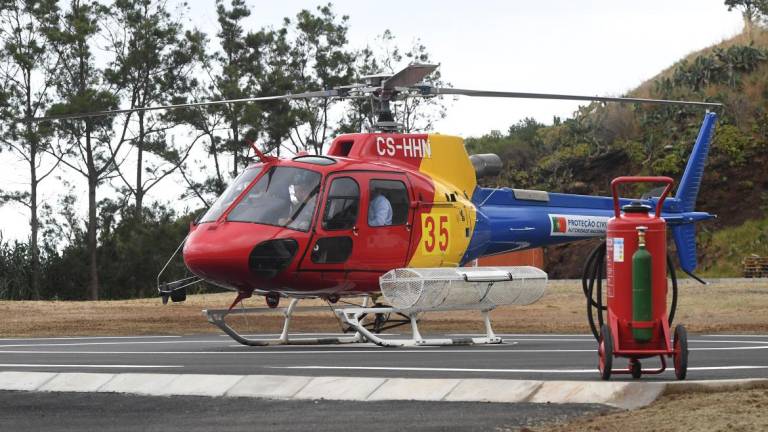 The Operational Plan for Combating Forest Fires (POCIF) will be in force in the Region, from June 15th to November 30th, 2020, with a permanent intervention device, as well as an Initial Attack Helicopter. Confirmation comes through the Regional Government, which today met in the Government Council.

It should be recalled that this plan was implemented by the Regional Government in 2015, “with the objective of making available on the ground, 24 hours a day, a set of teams, composed of elements of the fire brigades, among other agents in the area of ​​civil protection, with the mission to patrol, detect and extinguish nascent fires, activate means of reinforcement and, furthermore, promote information and awareness to the populations ”.

The same meeting, which took place at Quinta Vigia, also served to approve the measures of lack of definition related to actions to correct the densities of game species, to venatory practices in hunting training fields and to conduct theoretical exam tests to obtain the hunter card.

The Madeiran executive recognizes as ‘Strategic Projects for the Autonomous Region of Madeira, the projects’ Denitrification of the final effluent from the Wastewater Treatment Plant ‘and’ Acquisition of a forklift for the temporary storage unit of category III animal by-products – Freezing (M3) ‘, by CARAM – Slaughter Center of the Autonomous Region of Madeira, “as they appear to be decisive and structuring for the continuous and greater efficiency and economy of process and adequate management and optimization of own resources, as well as relevant to sustainability , increasing value and improving your competitiveness ”.

Other conclusions from the Governing Council this Thursday:

– Recognize as a Strategic Project for the Autonomous Region of Madeira, the project ‘Modernization of the Bottling Line of the Adega de São Vicente’, as it presents relevant interest for increasing the value and improving the competitiveness of the wine production sector with the right to use Denomination of Origin “Madeirense” or Geographical Indication “Terras Madeirenses”.

– Authorize the creation of a subsidized interest credit line aimed at sugar cane processing agro-industries, with a view to allowing them, during the 2020 campaign, the timely payment to farmers supplying this production, intended for the production of rum agricultural and sugar cane honey. The credit line to be created cannot exceed the global amount of 3,100,000.00 euros.

– Approve a resolution that articulates the regional deadlines with the deadlines at the national level, both for carrying out vehicle inspections and for the renewal of driving licenses, among other acts, which are extended until 10/31/2020.

– Approve the proposal for a Regional Legislative Decree that adapts to the Autonomous Region of Madeira the regime contained in Decree-Law no. 55/2018, of 6 July, which establishes the basic and secondary education curriculum, the guiding principles of its design , operationalization and assessment of learning.

– Approve the expropriation, for the global amount of 12,374.47 euros, of a parcel of land necessary for the ‘Construction of Via Expresso Fajã da Ovelha / Ponta do Pargo’.

– Approve a resolution that allows the acquisition of, for the global amount of 15,309.52 euros, a parcel of land necessary for the ‘Construction of the New Hospital of Funchal’.

– Approve a resolution authorizing the acquisition, for the global amount of 74,923.86 euros, of a parcel of land necessary for the ‘Stabilization of ER 231 – Quinta Grande’ project.

An Update on the 50 dogs in Camara de Lobos

Another day out in Madeira with Matt

I have missed you all.