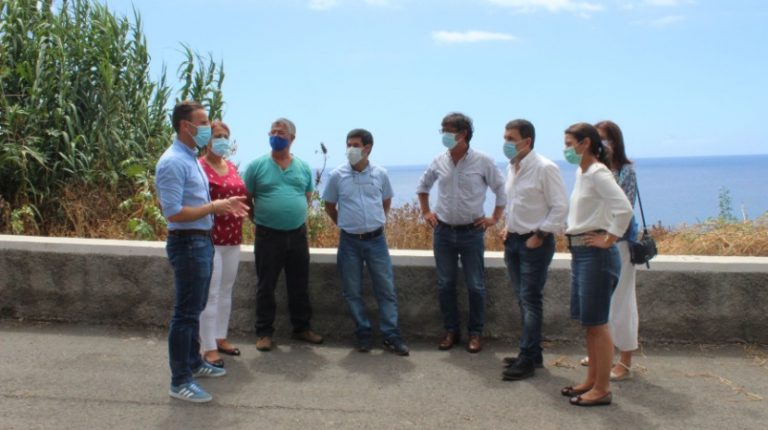 A road that really needs attention, it’s in a disgusting state, one of the biggest tourist attractions on the island, and the government have already ruined many of the beautiful coastal roads and areas around the island that will never reopen again.

Below from Jornal Madeira.

This afternoon, the Socialist Party Parliamentary Group held a press conference on the Estrada dos Anjos, in Ponta de Sol, where it called for more attention from the Regional Government for the requalification of the road that gives access to the Anjos site. An undertaking that the PS says exceeds the city budget and that results in the need for the municipality to establish a program contract with the Regional Executive.

Deputy Carlos Coelho, spokesman for the group, in declarations to the media began by demanding, “once again, with the Regional Government to review the situation of the Estrada dos Anjos”, given the advanced state of degradation that is found.

Carlos Coelho even says that “the City Council of Ponta de Sol does not have the necessary resources to carry out the rehabilitation works of the road”, but that he tried with the few resources available to improve the conditions of access.

He recalled, therefore, that the municipality carried out works to repair the road, built walls and put workers on the land, but they “concluded and informed the Chamber that there were no conditions to carry out the cleaning interventions”, which led to the closure of the road.

The parliamentarian also said that “this situation has been reported to the Regional Government since this executive took office at the Ponta de Sol City Council, but that, so far, there has been no help to solve this problem”.

He recalled, in this regard, that at the beginning of January, the President of the Regional Government, at the inauguration of the Ponta de Sol pier, was alerted to this issue by the Mayor.

This time it trembled and was felt on ground