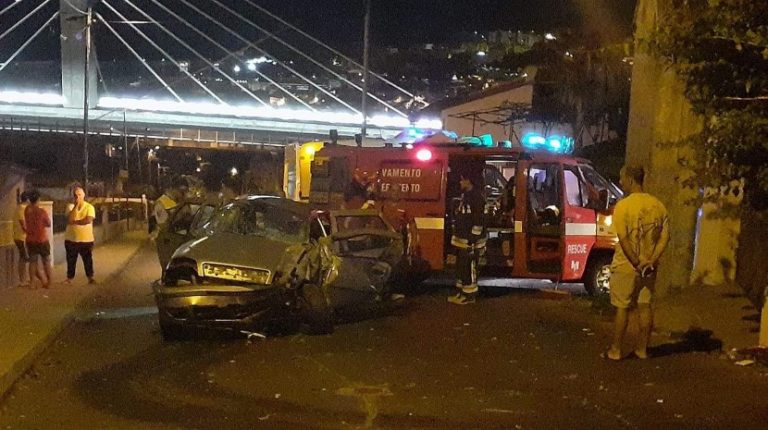 Five young people (four girls and one boy), aged between 18 and 25 years old, suffered early this morning (around 7:00 am), a spectacular accident on Rua do Comboio, in Funchal.

The victims’ condition has not yet been investigated, but due to the images of the crash (which even destroyed part of the roof of a house) they must have suffered multiple injuries.

All occupants were referred to Dr. Nélio Mendonça Hospital. 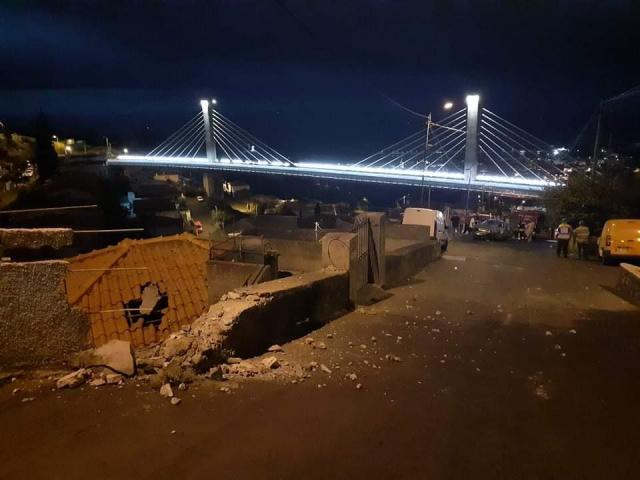 In an update, the driver of the car,a 21 year old male, remains in a critical condition in hospital, all others had minor injuries.

Man trapped in a tree after paragliding accident

SUNDAY WITH 48 NEW CASES OF COVID-19 IN THE REGION