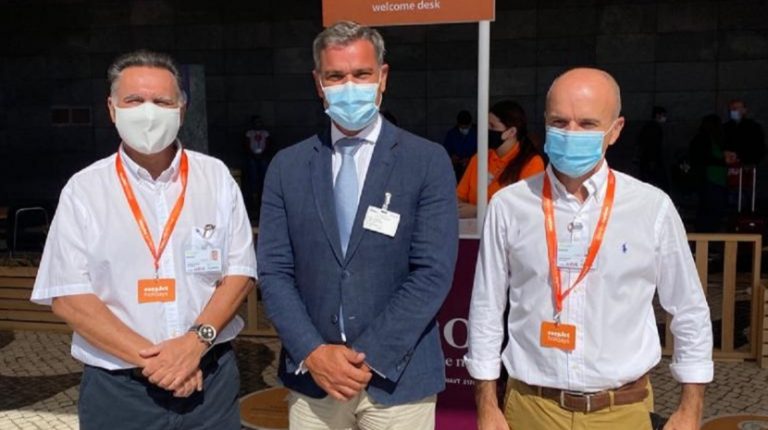 The regional secretary for Tourism and Culture was present today at Madeira Airport on the occasion of the start of trips to Rergião by the tour operator ‘easyJet Holidays’. Arrived from London on an easyJet flight

Eduardo Jesus says that this is a new operator that was formed in 2019, the year he started hiring Madeira, aiming, above all, this year. However, “due to the pandemic, this operation was successively postponed and is now taking place. Today the first group of tourists has arrived who resorted to ‘easyJet Holidays’ to plan their holidays and carry them out in the Region”.

The official recalls that he is an operator who is part of the ‘easyJet’ group, so it is the company’s planes that make the trips on ‘easyJet Holidays’, states that, “with this start, we have one more possibility for those who want to visit us to be able to plan their holidays, arrive in Madeira, and spend a few days here”.

He also says that in contacts with representatives of ‘easyJet’ and ‘easyJet Holidays’ “I found that the demand is growing. In addition to the group that arrived today, in the next few days, the ‘easyJet’ planes, coming from England, will come always with passengers from the tour operator. For this reason, a new door opens up and reinforcement of tourist accessibility to the Region, which, of course, is important, in this phase of relaunching the sector “.

In addition, Eduardo Jesus emphasizes that “it is also proof that the ‘easyJet’ group in Madeira, which, in addition to commercial flights, now also has the operation on its radar. For us, this is very positive because, in addition to being a longtime partner of Madeira, it conveys the confidence that all this history now allows with another presence in the market, through the operation tour “.

The easyJet Holidays operation in Madeira is supported by the Madeira Promotion Association.

James Arthur Concert Tickets in Funchal are Officially Sold Out

Fires breaking out across the Island

LOBO MARINHO SHIP IS ALREADY IN CANIÇAL FOR MAINTENANCE