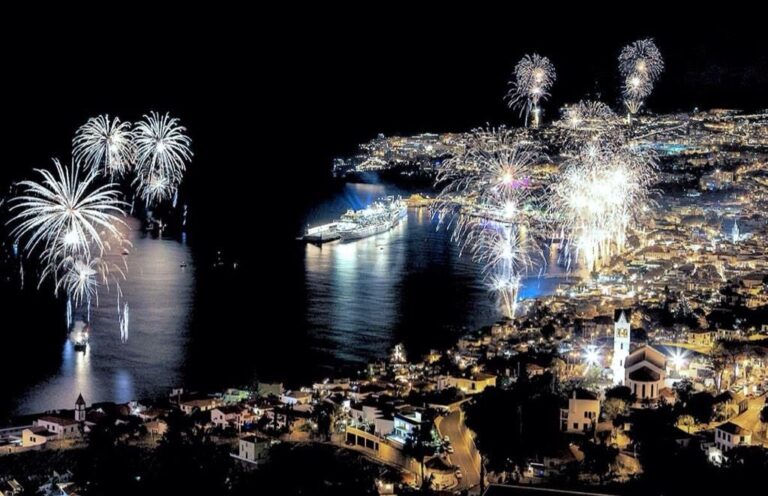 Thanks to Daniel Caires for this news.

Recently it was predicted that there would be no cruise ships on New Year’s Eve. Now, they become 3.

Thus, there will be three passenger ships that will mark the arrival of the year 2021, on the island of Madeira, and should be positioned off Funchal, with a grand spectacle of 180,000 pyrotechnic shots in 8 minutes.

The ships will be the Mein Schiff 3 and Europa 2, which will be joined by the Mein Schiff 1, with 1083 passengers and 790 crew members on board, currently on a 21-day Canary cruise.

The presence of Mein Schiff 3 from the TUI Cruises company, starts this evening, to hover in front of Funchal until January 1, 2021, with only 67 crew members.

Another novelty will be the Mein Schiff l from the same German fleet, with expected arrival
at 11 pm on the 31st, with 1 083 passengers and 790 crew members, to stay out of the 3 miles, thus joining the luxurious Europa 2 of the Hapaq Lloyd Cruises company, with two dozen passengers, who will before carry out a trip around the island of Madeira, in navigation.

After the big New Year’s Eve night on the island of Madeira, the three cruise ships will head to the Canaries.

It’s great to see that cruise companies choose Madeira as a destination of excellence and show that they are ready to
return to Funchal.

THE CHILLING LAST SECONDS OF THE MADEIRAN PYROTECHNIC SHOW

Clouds, showers and thunderstorms in Madeira