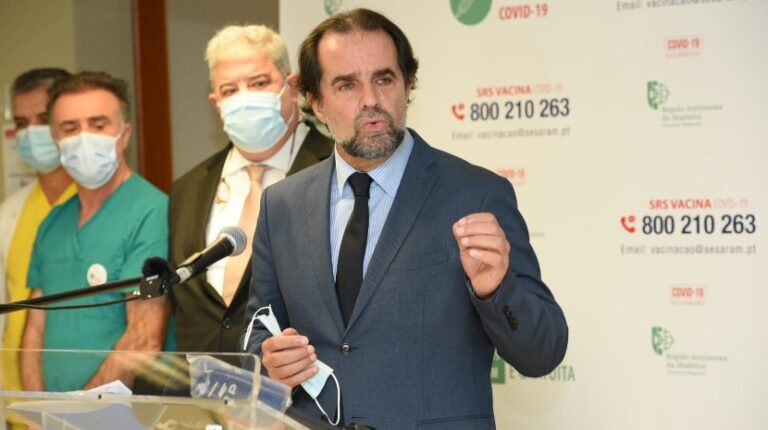 Albuquerque says that prophylactic measures have to be followed. If people do not understand what happened in Ribeira Brava, then the fear is it happens again. And it is not the fault of the Government!”, Said the president of the Regional Government at the vaccination post at Hospital Dr. Nélio Mendonça.

He also admitted sanitary fences if necessary. For now, he said, “the priority is to save the health and life of the people of Madeira”.

“I will not be talking to people as if they were children in a daycare center. If they do not comply, we will have problems,” he said.

For tonight, he expects people to “be judgmental.”

There are 51 active chains on the island, but the president insists they are all controlled and we still have no local transmissions.

There is a lot flying about on social media that the island will close down, but this is not the case, if things get totally out of control it could be possible, but we are a long way from that, and the island has invested to much in testing and controlling to close the island.

Fences will be the first to be put in place if areas become out of control, like Câmara de Lobos, one of the worst areas at the monent with over 250 active cases.

A total island shut down like in March I don’t think will happen though, but this is changing all the time and we can see how fast this new virus is spreading.

Where am I Wednesday Answer