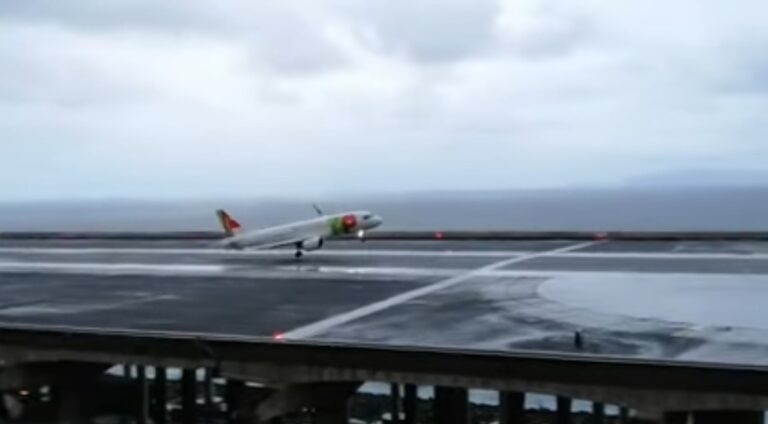 The aircraft tried to land this morning, but just as it was about to touchdown a gust of wind made the pilot abort the landing, as shown in the images captured by Sílvio Silva at 8:12 am this Monday. The flight landed on its second attempt.

Bad weather could be the cause of the incident involving the Airbus A320-251N. It is recalled that the south coast of Madeira is today under red warning due to periods of rain or downpours, sometimes heavy, and accompanied by thunder, and under yellow warning due to strong south / southeast wind, with gusts up to 70 km / H.

For now, bad weather is not affecting activity at the airport, and all scheduled flights are landing on time.

See the video by Sílvio Silva:

TRAGEDY: RECONSTITUTION OF THE FALL OF THE TREE IN MONTE HAS BEGUN

Available tickets for March. No Guarantees for April Flights