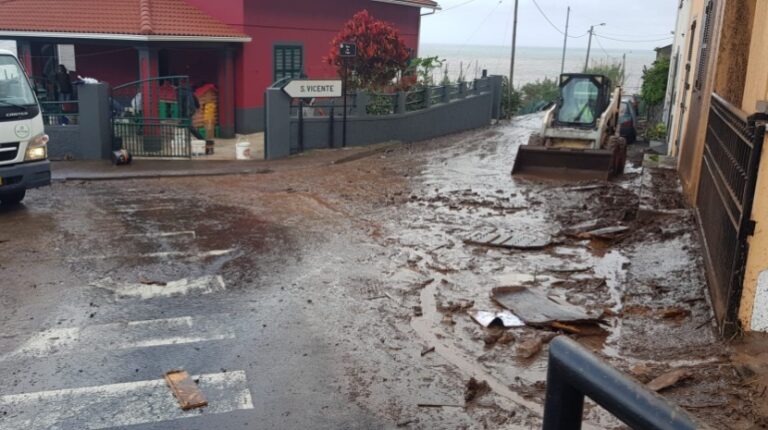 The storm that hit the north coast on Christmas Day caused 40.6 million euros of damage, estimated the Regional Government.

The value of the material damages caused by the alluvium in the municipal and regional road network, in paths, in the river network, in the housing stock, in the drinking water distribution network, in the irrigation water supply and distribution network, in the energy supply network electrical equipment and various equipment, amounts to approximately 29 million euros, according to the calculation made by the Municipality of São Vicente, the Regional Directorate for Roads and the Regional Directorate for Social Equipment and Conservation, the Regional Laboratory for Civil Engineering and the publicly-held companies: Investimentos Habitacionais da Madeira, SA, Águas e Residuos da Madeira, SA and Empresa de Eletricidade da Madeira, SA, in their respective areas of competence.

Of the aforementioned 29 million euros, around 1.9 million euros (5%), refers to the cost of immediate interventions, already carried out by the Regional Government and the City Council, to restore, under possible conditions, access and essential services, namely the unblocking of the road network and water lines, the removal of debris and the transport to the dump, the general cleaning of public roads, the precarious consolidations of embankments and road platforms, the supply of water and electricity , as well as other minor repairs to resume, even if conditioned, the safety of the population and social and economic activities.

The estimated amount for the repair and reconstruction of the regional road network, of 17.5 million euros (61% of the total), demonstrates the impact of flooding on the level of regional public roads, the damage of which has isolated or conditioned access to some urban centers during the period of unclogging and poor cleaning.

Also worth mentioning is the amount of 4.5 million euros, foreseen for the rehabilitation and reconstruction of the river hydraulic network, namely of hydraulic passages, crossing road stretches, and hydraulic channels.

The estimated expenditure for the rehabilitation of 20 houses damaged by detrimental flows is of the order of 628 thousand euros (2% of the total), including the costs of relocating four families whose houses did not fail to offer living conditions because they were severely damaged.

The reconstruction work should, in most cases, be completed by the end of 2022.