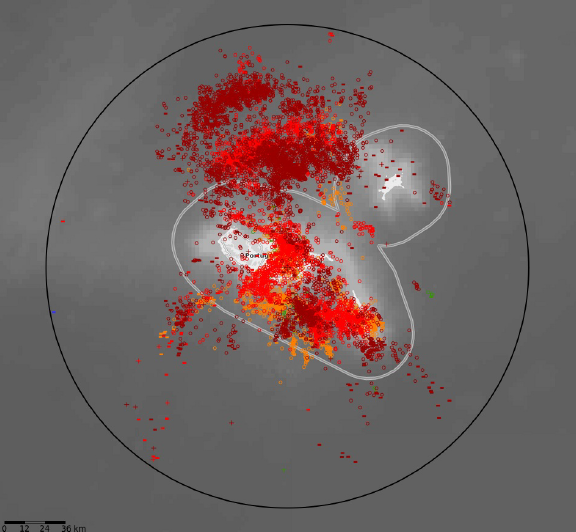 More than 9 thousand strikes registered in less than 5 hours

A total of 9,349 Lightning Strikes in the Madeira Region were recorded today, until 9:15 am, within a radius of 120 kilometers from Funchal.

The thunder has also been continuing all morning.

The heavy thunderstorm that was felt in the middle of the night and provided yet another lightning ‘festival’ over the islands of the archipelago and around them, according to the records of the IPMA lightning detector network in Madeira, provided 76 positive rays, 1,060 negative rays and 8,213 intra-clouds. There is a record of some positive cloud-to-ground strikes falling over the island of Madeira.