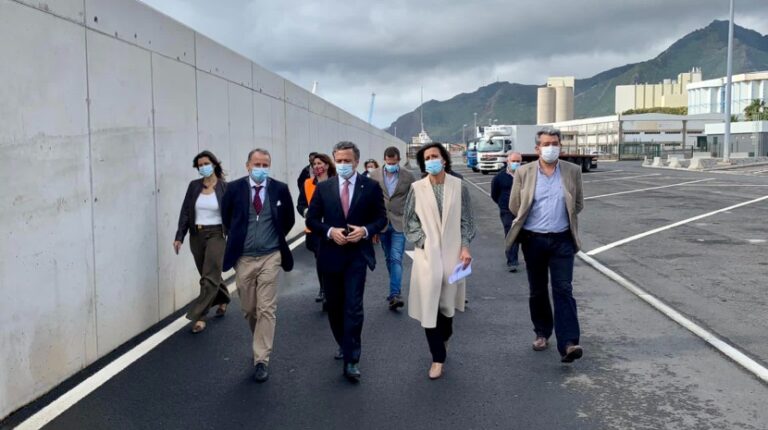 “THERE WILL CERTAINLY BE NO FERRY THIS YEAR”

Apart from the sight of the works on the embankment of the port of Caniçal, on this Friday morning, Pedro Calado agreed to talk about the ferry and the impossibility of assuming a date for his return to active life, on the line between Madeira and the mainland .

“While it depended on the Regional Government, it was a reality. In 2018 and 2019, we supported this connection, at the expense of the regional public purse. It was a success because it was an aspiration of the population and we managed to achieve it ”, explained the vice president of the Regional Government.

Then, “in 2020, there was a promise by the Government of the Republic to bring the ferry to Madeira. PS Madeira made great paragon with this promise, but nothing was done. A port was even announced in Lisbon to make this exit ”.

Now, “it has to be well thought out, well considered, because it is a loss-making operation and if we go by the mercantilist logic and the market logic, in economic terms it is an operation that will never happen. It will always have to be an operation supported by the State or the Region ”.

“Since 2015, the Region has been waiting for the publication of an ordinance to allocate the social mobility allowance, as it exists for air transport. Everything that depends on the Government of the Republic, we have been waiting for years ”, said Pedro Calado.

To resume the process, in the Region “we would have to start a new competition, ask for authorizations to start such an operation, but at this moment, with all the conditions that were put on the table, it is very difficult to have such an operation again…”

And then there was that certainty that “this year we will not have it, nor will we put it in the budget. This is not foreseen. Year by year, not for 2021, for sure, for 2022 it is waiting to see ”

Video shows damage to van that crashed with the bus.

CDU PROPOSES THE CREATION OF A SCHOOL TRANSPORT NETWORK IN FUNCHAL