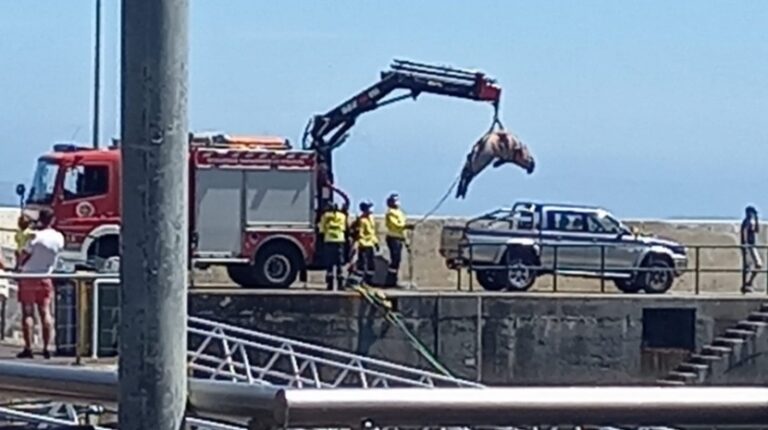 The female seal found lifeless in the Desertas Islands, in the Madeira archipelago, died of natural factors, excluding the possibility of interaction with humans, the Regional Government announced today.

“The seal found dead at the end of last week has already been necropsied”, reads in the information released today by the Regional Secretariat for the Environment, Natural Resources and Climate Change.

In the note, this department of the Madeiran executive said that, “although the cause of death is not yet known, it was concluded that this was due to factors of a natural nature, and any question that arises from an interaction with humans”.

Last Saturday, a female monk seal, named Maminhas, was found dead on a beach in Deserta Grande, where there is a colony of this species, which has gone from six mammals to about thirty in three decades.

Madeira triggered a conservation project for this species, the Mediterranean monk seal, the rarest in the world, considered at risk of extinction in 1988, and the discovery of the colony led to the creation of the protected area of ​​the Desertas Islands in 1990, which became nature reserve in 1995.

“This death is a great loss for the colony of Ilhas Desertas, as it was an adult female, relatively young and with many fertile years ahead”, highlights the note released by the Madeiran executive.

After this first phase, the autopsy, an analysis will be carried out “from the point of view of histopathology and toxicology”.

The information points out that since this is “a very specific area of ​​veterinary medicine, specialists outside the region, namely Spaniards, are involved in this analysis.

The animal was transported to Funchal last Saturday in a joint operation involving the Whale Museum, the Firefighters of Funchal and IFCN.

The Regional Government ensures that in the course of this operation “the basic procedures defined by the SOS Vida Selvagem Network and the Madeira Cetacean Throwing Network were followed”.

Sea wolves are mammals that can reach three meters in length and 350 kilos.

“When the Christmas dinners start, a lot of people will come here”