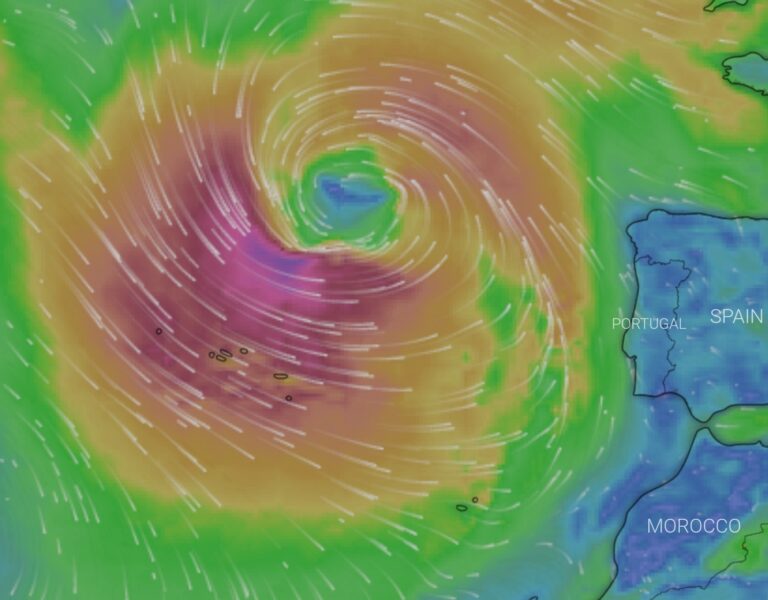 Depression LOLA will affect the weather in Madeira

During the afternoon of this Thursday there will be an increase in the intensity of the wind, becoming moderate to strong in the West quadrant, sometimes with gusts up to 80 km / h in the highlands and at the eastern and western ends of the island of Madeira. Maritime agitation is also expected to increase from Friday with waves reaching up to 8 meters on the North Coast and Porto Santo.

The weather in the Madeira Archipelago will be conditioned by the LOLA depression, starting on the afternoon of this Thursday, the 22nd of April. According to the Portuguese Institute of the Sea and the Atmosphere (IPMA), the depression will be centered in the North of the Western group of the Azores Archipelago, by 3 am, and Madeira will feel the effects of it.

It is expected to occur periods of rain or showers, which can sometimes be strong and accompanied by thunderstorms, especially on Saturday (April 24) and Sunday (April 25)

The next IPMA statement on the LOLA depression will be issued this Thursday, at 5:30 pm.

Daily cases of Covid for Madeira