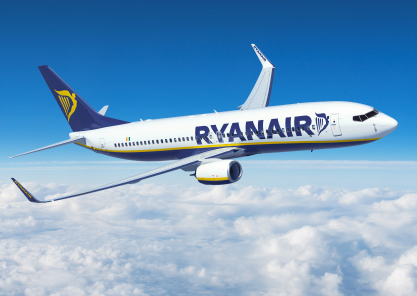 Ryanair wants to fly to Madeira

Irish low-cost airline Ryanair will have requested numerous ‘slots’ to fly to Madeira, starting next winter.

The news was advanced by António Trindade in the ‘Debate da Semana’ this Friday. The TSF-Madeira program, moderated by Leonel de Freitas, also had Miguel Sousa and Ricardo Vieira as guests.

“Ryanair is also looking at Madeira, the number of slots requested for the operation in Madeira corresponds to a higher number than TAP and EasyJet’ together”, said António Trindade.

The hotelier points out, however, that the big problem is related to the transport of residents.

“Right now the conditions in terms of legislation and mobility subsidy that can effectively attract greater transport competitiveness are not created”.

Still on the issue of air mobility, Trindade also revealed that he spoke with António Costa, during his stay in the Region, about the “scandal” that has been the approach and study of the operation of Madeira Airport.

The commentator considers that the prime minister is “the only person who can solve this desideratum”.

For his part, Ricardo Vieira advocates the creation of a Madeira delegation in Lisbon to deal with the Region’s affairs.

“Screaming doesn’t solve anything… It takes dialogue”, he maintains.