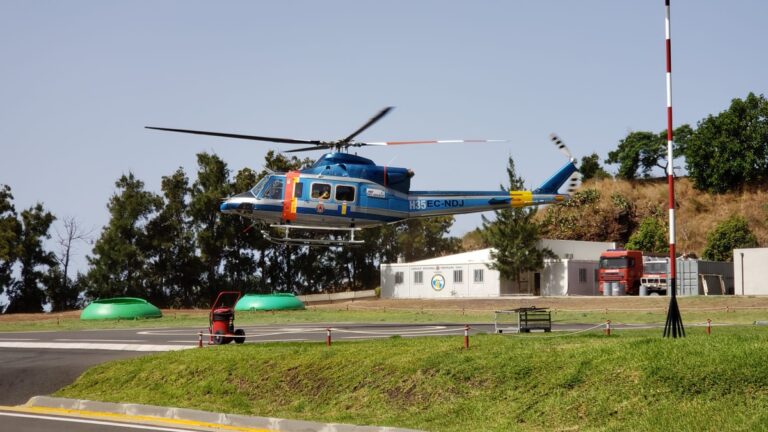 Fire in Canhas in the aftermath phase

The fire that broke out at the end of yesterday afternoon, in the Serra dos Canhas, is in the aftermath phase.

The fire still gave the firefighters some work at night, but the favorable weather conditions, with a decrease in temperature, increased humidity and absence of wind, favored the fight against the flames, which had three vehicles and nine men from the Mixed Firefighters of Ribeira Brava and Ponta do Sol, aided by a combat vehicle from Calheta’s Volunteer Firefighters and three of its members.

According to Célia Pessegueiro, the dawn revealed a more encouraging scenario, with the intervention of the helicopter having been requested to assist in the aftermath of actions in less accessible areas.

The Mayor of Ponta do Sol told the DIÁRIO that the means should remain on the ground for a while longer, in order to avoid re-ignition.

Manuel Filipe, president of the Institute of Forests and Nature Conservation, noted that the burned area should be around three hectares, in a portion of transitional forest, close to the regional road that connects Canhas to Paul da Serra, near the site where until a few years ago there was a restaurant.

One of the warmest starts to the year.